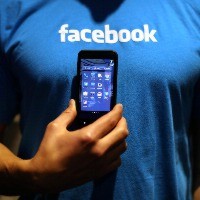 Facebook is testing out a new “buy” button on the ads of several SMEs in the US, in a bid to drive sales from ads and posts.

While the social media giant has recently copped flak over its privacy procedures from users, Facebook is determined to win friends and ad money from its business customers.

The new feature will allow both desktop and mobile users to click a “buy” call-to-action button on ads and page posts to purchase a product directly from a business without leaving Facebook, the social network announced on Friday.

The button looks very similar to the “boost” button you may see when posting from your business’ page.

Facebook said the credit or debit card information people share with Facebook when completing a transaction will not be shared with other advertisers, and Facebook users will be able to select whether or not they’d like to save payment information for future purchases.

“I think it’s a strong strategy,” says Fadaghi, who believes the move reflects Telsyte research that shows 1 in 7 Australians have purchased something after seeing it on Facebook.

“Adding this functionality should certainly increase that,” he says.

He says Facebook will be able to capture more value in the value chain, by charging advertisers cost per acquisition, rather than cost per impression or per click.

“Facebook has such massive reach and audience, only a fraction needs to engage and it will substantially raise revenue per customer.”

Fadaghi says if the social media leader does go down the cost-per-acquisition model, businesses should expect to pay more for ads with the “buy” button on them.

“It will capture more value… Facebook will quite happily charge more [for that],” he says.

Fadaghi says while small businesses should experiment with the function, the amount an SME spends on Facebook marketing should come down to the type of business.

“This kind of function could benefit some businesses more than others, particularly low-value goods.”

He says products such as e-books and music present a good opportunity with the new platform.