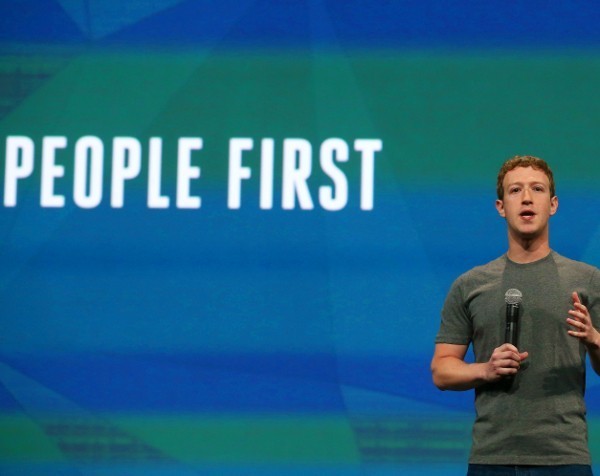 Facebook has introduced an updated set of News Feed algorithm changes today that bring family and friends’ posts back to the top of users’ feeds.

The company has revealed its “News Feed Values”, which outline the goals of Facebook’s feed for users.

Importantly for small businesses that use Facebook for marketing, Facebook’s values state “friends and family come first”, and users’ feeds should “inform and entertain”.

These values are now being worked into Facebook’s algorithm itself, as the social network is changing the News Feed rankings to place posts from friends higher up.

Facebook said the change is based on feedback from users and the community, as “people are still worried about missing important updates from the friends they care about”.

Facebook admitted in a statement the change will affect the amount of post impressions some pages receive.

“We anticipate that this update may cause reach and referral traffic to decline for some Pages. The specific impact on your Page’s distribution and other metrics may vary depending on the composition of your audience,” said engineering director Lars Backstrom in the post.

“If a lot of your referral traffic is the result of people sharing your content and their friends liking and commenting on it, there will be less of an impact than if the majority of your traffic comes directly through Page posts.”

Facebook is encouraging those with Facebook Pages to appeal to their audiences into sharing and commenting on their posts, which will now drive traffic more effectively.

What does it mean for small businesses?

“Businesses are going to need to change strategy in real time. I think that it reinforces the old adage ‘don’t put all your eggs in one basket’,” Lew says.

Lew is interested to see how this change will pan out, saying it may not end up being beneficial for Facebook as a business.

“It’s about the bottom line, so if causes a decline in revenue I expect we’d see the algorithm shift again,” she says

“I think part of this comes as a result of Facebook being criticised for preferring whether to show conservative/non-conservative content in news feeds hence influencing political views.”

For small businesses worried about their future Facebook exposure, Lew advises they should focus on building relationships across all channels.

“Businesses should keep focused on building relationships across multiple channels, including face-to-face, in store, and any other social medial channels in your mix,” she says.

“Relationships are more steadfast than algorithms, especially when it comes to Facebook.”

Adam Mosseri, vice president of Facebook’s product management, said the company is “only one per cent finished” with News Feed improvements, and will continue to be “as open as we can.”