Female entrepreneurs tell: How ‘comparison-it-is’ on social media can hurt 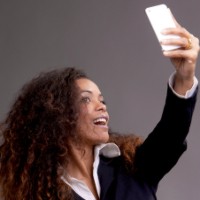 Social media has a way of encouraging us to put our best foot, or selfie, forward. It’s a place where even the most humble of women will discuss their personal achievements and career success, sharing posts and images that put up a relentless front of happiness, wellbeing and satisfaction.

But despite learning about high after high in the LinkedIn, Facebook or Twitter feeds of our friends and colleagues, we rarely learn about the lows. The push to share and discuss success is painting a rather distorted reality of just what’s going on behind the canvas.

This is particularly problematic for female business owners, according to entrepreneur Wendy Mak. She believes a culture of ‘comparison-it-is’ could be leading some women to compare and contrast their own success and ability against what they see in the social media feeds of their colleagues and friends.

“Suddenly, as a woman in business we’re looking around us and we’re just seeing the highlights of somebody’s career or business,” she said. “If we only look at someone’s highlights, we feel we should be doing something at a certain pace.”

During a video interview series discussing the ‘True Face of Entrepreneurialism’, which Women’s Agenda attended on Wednesday, she put the question to the heads of three community and networking groups for women business owners: Suzy Jacobs from She Business, Jac Bowie from Leaders in Heels and Sarah Riegelhuth from the League of Extraordinary Women.

All three noted life running a business can certainly feature plenty of lows and test one’s resilience, despite what you might see on the social media accounts of women you deem successful.

“It’s not about just having bad days. It can be bad weeks, months,” said Jacobs. “It isn’t what you see on Facebook, the pretty pictures on social media.”

While the pretence of an ‘overnight success’ of one’s career or new business might be easy to depict on social media, Jacobs said the reality is that a great, sustainable business is a long time in the making — anything from five to ten years. “This idea that you should have a fully functioning adult business after a year is one of those fallacies,” she said.

“Sometimes I just want to say how I really feel on Facebook, and at times, with couple of glasses of wine, I have!” said Bowie. “Sometimes I slip up, but is it really slipping up? Maybe not’.” She added that when she started to be a little more honest on Twitter, she realised women started to really appreciate her updates and conversations.

“That’s your own journey that you need to go on,” she said. “You choose how to react in your life.

With social media, it’s the same thing. If that is my reaction, then I need to work through it.”

The panel all highlighted the benefits of getting involved in communities and events offline, where women might be more inclined to share their vulnerabilities and open up about the lows they’ve really experienced.

“When you realise that we’re all going through the same thing it makes you feel so much better,” said Riegelhuth.

Angela Priestley is the editor of Women’s Agenda, where this article originally appeared.