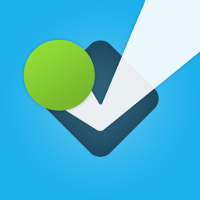 Foursquare, the location check-in app, has announced it will start to charge businesses for access to its database, according to The Wall St Journal.

After an attempt to reinvent itself with a new app earlier this year, Foursquare is hoping the new pay-walled scheme will help the social network monetise the mass of information it has collected from the past five years of user ‘check-ins’.

The New York startup has said it is negotiating with its ‘heaviest’ users to pay fees or offer services in return for the check-in data, which was previously available for free.

Chief operating officer Jeffrey Glueck told the WSJ the move will affect around 1% of the 63,000 companies which use Foursquare’s database.

Telsyte managing director Foad Fadaghi told SmartCompany smaller businesses will likely be unaffected by the move to charge for data, as it seems only large companies and developers are currently within Foursquare’s sights.

The social network became popular in the late 2000s but its growth has stagnated since then, with the likes of Facebook incorporating and popularising aspects of Foursquare’s location check-in features.

However the platform still has 50 million registered users and 6 billion check-ins, offering data that is potentially valuable for businesses.

“Any data that shows customer interaction with a business, their repeat purchases, check-ins and demographic is valuable,” says Fadaghi.

Fadaghi says while there is a wealth of data behind Foursquare, the move might not be the wisest strategy for the company.

“I think Foursquare risks losing its embryonic developer community if its starts charging at this point in time,” he says. “They need to build the business further before attempting to monetise it.”

“Our research has shown Foursquare has failed to make much of an impact in the check-in space here. Facebook dominates the space in Australia.”

Fadaghi says SMEs should be more conscious of all the free and almost-free ‘check-in’ data available to them, including Facebook, Yelp and Apple’s iBeacon.

“Check-in platforms are changing quickly and other players might enter the space,” he says. “Businesses need to look at all available data.”