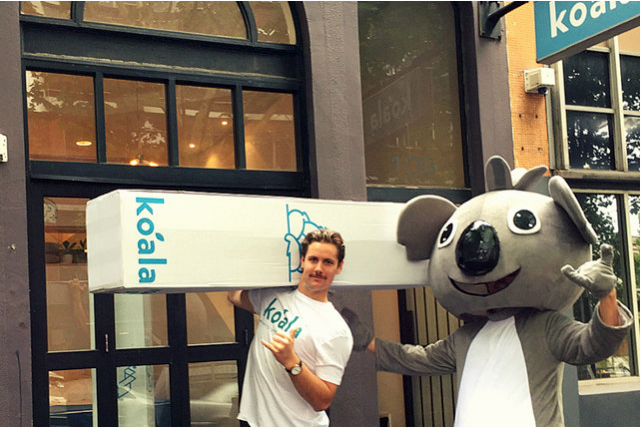 A Byron Bay startup says it has turned over more than $1 million in sales in just 79 days thanks to social media and video sharing.

The startup produced a wine-test video where a man jumps on a Koala Mattress while a glass of red wine sits undisturbed on the other side which now has about 5.5 million viewed thanks to sharing sites such as Reddit and 9gag.

While he is excited about the uptake of their product, he says he wasn’t too surprised that their content gained so much attention.

“For us it was kind of natural,” Milham says.

Milham says he recorded the video on his iPhone in between a professional shoot.

“We wanted to get a good photo that didn’t look planned,” he says

“It shows you don’t have to throw a lot of money on marketing.”

They avoided adding any branding or logos to the video to make it look as authentic as possible.

This allowed their content and brand to grow organically, he says.

It’s important to have your own unique brand personality, Milham says, instead of following what everyone else is doing.

“If you be a different brand people will come,” he says.

Social media engagement has been a key part of Koala Mattress’ strategy and success.

Milham says they took a similar approach to US brands like Taco Bell, which respond directly to social media comments to build on the unique personality and brand image of their business.

“We made sure we got back to every single person’s comment, even if it was 6000 people,” Milham says.

When they first started, he says they began by sharing interior design pictures on Instagram before slowly inserting snippets of the Koala Mattress box in photos overtime.

“It was subtle but we wanted to get people thinking about it,” Milham says.

With going global in their sights, Milham and his team are now in talks to raise $5 million in Series A funding.

He says their recent sales have equipped them with a great case study and validated product to take to investors and venture capitalists.

“We’ve been having a lot of discussions, it’s been crazy how many people have come to us,” Milham says.

One of their earliest backers was Australian cricket captain Steve Smith, who was active during the research and development phase but has now stepped back to more of an advisory role, Milham says.

Smith was introduced to the Koala Mattress team through a friend that’s well connected with startups through the Fishburners co-working community.

With the goal of becoming Australia’s leading online mattress provider, Milham says the Koala Mattress team has more quirky videos up its sleeve.

“We want to be a household name,” he says.

Organic growth? Love this catch phrase and tells me to be careful voodoo marketing ahead.