How social media groups can turn interest into sales leads 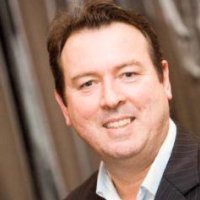 This topic certainly isn’t a new one to this blog, but some topics are worth revisiting. Sometimes repeatedly.

The back-story is this.

We all know about the amazing growth in social networking, from being a hub for school reunions a decade ago to being a genuine community revolution these days.

At first, many (including your correspondent) were suspicious of the medium’s capability of benefiting business users. But before long a number of benefits to business became clear, with marketing, advertising, public relations, customer support and market research being amongst them.

But one of the most direct benefits to business was the emergence of social networking ‘groups’. These groups were able to be created for free by pretty much anyone with a passion or interest for pretty much anything.

A portal of prospects

Provided the topic was popular enough, a group could attract up to hundreds of thousands of members. Sports, entertainment and political groups are great examples of groups that can attract these kind of numbers.

In professional network LinkedIn, pretty much every one of the tens of thousands of groups are concerned with one aspect of business or another.

As is often discussed here, the notion of business groups in a consumer network can often lead to some interesting conversations. But they do have the advantage of being more accessible to more people, particularly among smaller business who – in the main – are yet to fully embrace LinkedIn.

The members of these groups discuss all manner of business, including calls for suppliers.

Calls for supplier and/or solution recommendations amongst group members are one of the most common types of posts found in groups.

These call-outs are for all sorts of suppliers: from local tradespeople to real estate agents to architects and lawyers.

There really appears to be no limit to the type of product or service group members call out for.

Interestingly, the people posting don’t appear to mind if suppliers put forward their credentials for consideration, though they are clearly less impartial a recommendation than those coming from those who have first-hand experience as a customer of the service in question.

And this is where you come in.

Being in it to win it

If you are a member of the group where the call-out is made, you have immediate access to a very hot prospect – right there in your news feed.

They have the need, they are in the market and they have their wallets or cards ready to do business with the winning provider.

Conversely, if you aren’t a member of the group in question, you miss out on this fantastic opportunity to not only pitch for the business at hand, but also promote your business to those looking on – which in some cases can number hundreds.

But joining and monitoring so many groups for this kind of query isn’t without its downside.

Obviously in order to see these call-outs come through, you or someone else needs to be monitoring them as often as possible.

And given social networks are a 24/7, 365 day phenomenon, such monitoring can quickly chew up your days.

Given this it would be almost impossible to monitor every single relevant group for provider call-outs.

But by monitoring them as often as possible, you at least stand a chance of getting a piece of one of the genuine low cost lead generation tools there is.

So go to it. Search and join as many groups as you can. Unless it is already crowded with your competitors, there’s every chance it will provide you with a ready-made business lead.