LinkedIn leads the pack for social SMEs: How your business can get on board 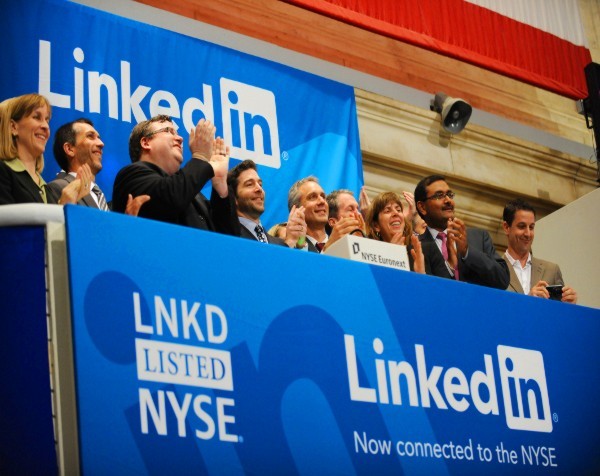 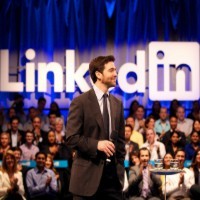 Public relations specialist and social media expert Catriona Pollard receives at least one email a week about a new business opportunity as a direct result of her LinkedIn profile.

It may be from someone Pollard has never met but who has found out about her PR agency through LinkedIn, or in some cases, from someone who Pollard has been connected with for some time but now needs her expertise for a particular project. Whatever the purpose, it’s clear Pollard would not be receiving the emails without LinkedIn.

Pollard is one of a growing number of entrepreneurs and small business owners recognising the value of LinkedIn, a professional networking platform used by 350 million people worldwide.

In the fifth SmartCompany and Crowe Horwath SME Directions Survey, LinkedIn was voted the most effective social channel by more than 430 business owners and managers.

While word-of-mouth still dominates when it comes to marketing for the SMEs who participated in the survey, 41% nominated LinkedIn as the most effective of the social networks by far.

Facebook came in as the second most effective social media channel, with 21% saying it delivers them the best results, while just 4% of SMEs nominated YouTube, followed by 3% who nominated Twitter and just one respondent who favoured Pinterest.

“It’s grown considerably since early 2010 when we have a million Australian users,” Rosenberg says.

Pollard told SmartCompany LinkedIn is leading the way for SME marketing for a number of reasons, including as a result of being the “least noisy platform”.

“Facebook is quite noisy and you have to try to cut through the personal messages with the business messages,” Pollard says.

“Plus you have to put money in to make Facebook work.”

Pollard describes Twitter as the “most noisy” social media platform and even harder to get traction on than Facebook.

“It’s also the hardest for SMEs to get their heads around because of the volume of content,” she says.

Pollard says LinkedIn is also particularly useful in the B2B space, as the platform makes your professional contacts “more visible”.

“You notice your connections more on LinkedIn,” Pollard says.

“I use it like a modern-day rolodex. In the past I would have had the business cards I received from people stashed away in a drawer, but now I go to LinkedIn before I even Google someone and read their recommendations.”

Second and third-degree connections on LinkedIn can also be a valuable networking tool, says Pollard.

“It amplifies your contacts and networks.”

While Rosenberg says Australian professionals can leverage the information they learn from connecting with others on LinkedIn to help their own business, he says one of the key benefits of the platform for SMEs is the ability to find their next employee.

“The hire value of LinkedIn is one thing SME owners appreciate because talent is their number one priority,” Rosenberg says.

“The workforce used to be divided into those out looking for jobs and those who were passive. The split was about 80-20, with only about 20% of people actively in the job market. This meant small business owners had to go out and place job ads but they were only seen by that 20%.”

“LinkedIn has opened up this whole world of passive candidates. Their profiles are on LinkedIn and they are viewable and accessible to recruiters. Businesses can find the talent they are looking for and reach out to them.”

Both Pollard and Rosenberg list the ability to generate new business as among the platform’s greatest strengths.

Pollard recalls one client of hers who used LinkedIn’s premium features to undertake extensive research on who they wanted to do business with, and then approach that person.

“You can proactively decide on who or what industry you want to work with and then really go into detail to find those people via title and company, and then InMail them directly,” Pollard says.

“I had one client who did this and got a $50,000 deal out of that. He spent time really thinking about who he wanted to do business with.”

Rosenberg says LinkedIn has helped to usher out the “old-fashioned cold call”, instead giving rise to what he calls a “warm introduction”.

“It’s about engaging in conversation with prospective clients, via colleagues who they are more familiar with,” he says.

“They are more intimate conversations.”

According to Pollard, LinkedIn also presents an opportunity for entrepreneurs and business owners that want to become thought leaders.

“It increases your thought leadership, you stay top-of-mind, which is critical in the sales process, and it fosters trust.”

High-profile entrepreneurs such as Richard Branson regularly share their thoughts via LinkedIn and it’s an approach that CPA Australia has experimented with and seen rewards.

In June, the professional accounting body was named the most influential Australian brand on LinkedIn after the platform measured the effectiveness of companies’ content marketing efforts.

Jillian Bowen, content and social media manager at CPA Australia, told SmartCompany at the time the organisation had invested a lot of time into its LinkedIn presence.

“We’re always looking for ways to connect so that we can drive greater awareness of the benefits of the CPA Australia designation,” Bowen said.

But Bowen told SmartCompany it’s important to understand the audience you are trying to reach on LinkedIn.

“Listen first, listen carefully and treat your audience’s opinions and needs with respect,” she said.

“When you put the audience first in your content development and engagement strategy, you are playing a long game that is more likely to deliver genuine interactions.”

Entrepreneurs and business owners that are posting editorial content on LinkedIn can track the effectiveness of their content using LinkedIn’s free analytical tools, which are similar to those available to operators of Facebook pages.

But unlike Facebook, Pollard says LinkedIn is yet to go down the same advertising path, meaning SMEs “don’t have to pay to get traction”.

“I’ve tested the [LinkedIn] advertising but it did not work at all. You don’t have to advertise for LinkedIn to be effective,” Pollard says.

“Businesses pay with their time but not their money,” Pollard says.

How to get started

For SMEs who are yet to dip their toes into the LinkedIn swimming pool, Pollard says the first step is to create a company page, or update your existing one.

“As the chief executive or business owner, not having an up-to-date profile is also a big no-no,” she says.

“It doesn’t take a lot of time. You can add a description of what your business is [and] make sure you have a professional-looking photo. If you don’t have a photo, people won’t connect.”

Rosenberg also recommends establishing both a personal and company profile, and to include as much information as possible about your business to ensure people who are using LinkedIn to search for information can find you.

“You can also join groups, we have well over two million now,” he says.

“For example, the ANZ Small Business Hub has 7000 members. You can meet colleagues, join in the discussions going on in there.”

SmartCompany also has a LinkedIn group for its readers enabling SMEs to connect online.

“Find a group that is relevant to you and join in and participate. It will build up your own brand and that of your company,” Rosenberg says.

Pollard says business owners can fall into a trap of saying ‘I don’t have the time’ when it comes to social media, but utilising LinkedIn can be as simple as allocating half an hour a week to building your network.

“In our professional lives we are reading all the time, so have LinkedIn open and if you read an interesting article, share it. It doesn’t have to take any time at all,” she says.

“If 41% of SMEs find LinkedIn the most effective platform and you’re not finding the time, you’re missing out on the opportunities your competitors are getting.”

For the full results of the SME Directions survey, click here.