LinkedIn rolls out 30-second videos for its high-profile influencers 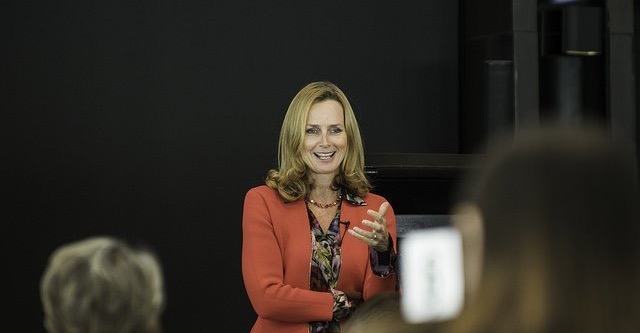 How much could you say about something you’re passionate about in 30 seconds? Networking website LinkedIn is hoping to find that out with its new video functionality.

On Tuesday the online networking giant introduced short 30-second videos, which will be coming from over 500 of the site’s ‘Influencers’. These influencers are members of LinkedIn who are also high-profile business leaders, such as entrepreneurs Reid Hoffman and Naomi Simson.

These videos will cover questions posed by the influencers themselves, or discussion on areas they are interested about. People who follow the influencer on LinkedIn will be able to comment on the topic, and see what opinions other influencers hold.

RedBalloon founder Naomi Simson is one of the first influencers to get on board with the service, providing 23 seconds of advice on “What’s the #1 thing founders should avoid doing in a pitch meeting?”

“The way people consume information is changing. People are looking for bite-sized bits of information, and that’s exactly what this is,” Simson says.

“It’s not much more than a sound bite, which is great for people who have worked in the media.”

Unfortunately, Simson warns those who like to tell a good yarn will find the medium “almost impossible”.

LinkedIn is not forcing the influencers to participate, with Simson saying publishing the the videos is quite organic.

“LinkedIn has never been prescriptive about our writing, and the same goes for these videos,” Simson says.

“If we’ve got something to say, we’ll get on and say it. We’re just doing it because we love what we do and we want to inform.

“These videos allow us to be more interesting and entertaining than in our written pieces. I think they’re just rolling it out to influencers now because with business advice, context is important.”

The service was unveiled to the influencers last Friday, and since then Simson has published three videos, one of which is titled: “What is one thing you would like to tell your 22-year-old self?”

“I wish I had told my younger self that it is okay to take your time and do a job properly,” Simson says in the video.

“I’d also say to keep learning. I always thought I knew everything, and now as I get older I realise how little I know.”

“Articles can seem quite formulaic, so these videos do a good job of making the influencers seem more human, more accessible, and more interesting,” Lew says.

“The question is will influencers be able to capture meaningful business insight in 30 seconds?”

Lew says LinkedIn is trying to be more social on its service delivery, and these videos are a step in the right direction. She believes this inclusion will help the networking platform feel “more alive”.

“Producing lots of pieces of micro content is an interesting and colourful way to tell your company’s story, rather than the high production quality, $25,000 corporate video stereotype.”

How can we find examples of these videos outside the ones mentioned in the article?

As far as we can tell, there is no centralised location for all the videos from influencers. LinkedIn has a list of all its influencers here: https://www.linkedin.com/pulse/discover
They will be the ones publishing the videos.