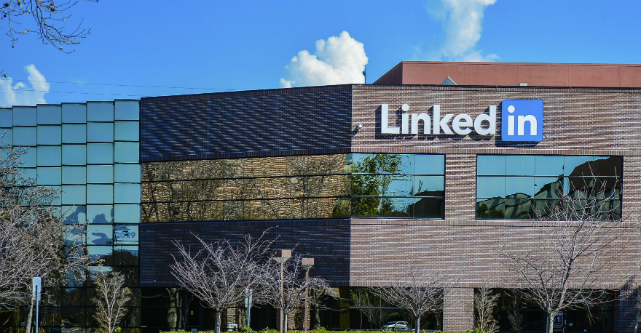 A TikTok video showing the perks offered at LinkedIn’s Chicago office has divided viewer opinion, sparking a broader conversation about the value of workplace add-ons and how they impact work-life balance.

The 1 minute and 50 second clip opens with Badger receiving a warm towel upon entry, before enjoying a complementary breakfast bowl, watching her colleagues play ping pong, and enjoying a chai latte in a designated ‘quiet room’.

The TikTok also shows Badger participating in an all-hands session, upgrading her professional certifications, and working through emails.

♬ Love You So – The King Khan & BBQ Show

The clip has been viewed more than 2.6 million times on TikTok, and versions have been reposted on Twitter, owing to strong conversations around the video.

Badger told SmartCompany the clip was “not representative of an average day”, and that it “highlighted less than two minutes of my 8 hour day, so of course I was doing productive work at the office.”

Despite this, the clip became “a platform to bring up conversation surrounding many social issues,” Badger said.

While some viewers responded positively to the clip and asked Badger how she landed the role, others took a more critical view, disparaging LinkedIn for the perks shown in the video and questioning the role itself.

“I feel like you maybe worked for 3 hours,” one top commenter wrote.

“Dystopian to have your entire normal home life happen at work,” another added.

“Puts on LinkedIn,” they wrote. “This company is doomed.”

It is valid for companies to offer perks which improve the office experience, says Hareta McMullin, a human resources expert and leadership coach at Thirdspace.

“It comes back to identifying what your employees value and building an employee value proposition around that.”

That means drilling down on who those perks can benefit, too.

While hot towels and complementary drinks may give in-person workers a daily boost, McMullin says companies should also consider workers unlikely to give up the hybrid work practices gained over the pandemic.

“For example, only providing in-person perks catered to one or two demographics will likely demotivate those who work remotely full time or don’t connect with those perks, ultimately creating resentment and undermining the value.”

Discussing the strong reactions to the video — including from viewers who claim to work long hours in healthcare, customer service, or manual labour roles — McMullin says it was unfair to judge based on a solitary TikTok video.

While a “frustration” among many workers about their own circumstances in warranted, “you have to question whether it’s fair that they’re projected on to the creator and a company trying to create a culture that connects with people”, she says.

Notably, Badger’s video is not the only clip to illicit similar reactions in recent weeks.

Earlier, a TikTok video showing two female product managers working from a swimming pool elicited a sharp response from some viewers, who questioned the validity of the role they perform.

It is unlikely a man would have faced the same ire for posting similar videos, McMullin says.

“Many of the comments inferred that the creator did not work ‘enough’ and questioned her value, work ethic and contribution,” she said. “Something that men don’t experience to the same degree.”

Ultimately, a level of gender bias may be driving some negative commentary, she says, along with “outdated thinking around the belief that hours worked equals productivity”.

“Questioning anyone’s value in the workplace and making assumptions on their contribution based on a ‘highlight reel’ tells us more about the commenter than the creator.”

Badger said she agreed with “every point” put forward by McMullin, before vouching for LinkedIn’s approach to employee welfare.

“It’s so much more than the benefits and free food, people genuinely feel supported by their coworkers and leaders,” she said.

With falling subscriber rates and increased competition, Netflix and TikTok are turning to gaming

Netflix introduced mobile gaming last year for all its subscribers. Meanwhile, TikTok has offered games to select users since 2019 and seems very likely to expand these offerings.

From beauty behemoth to bankruptcy: Five lessons companies can learn from Revlon

It’s not just the external supply, cost issues and debt that Revlon was experiencing, but its gloss and lustre seemed to have faded many years ago with the inability to read its consumers' lips.