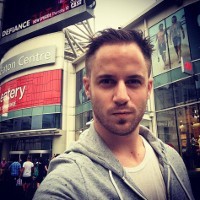 A Melbourne hotel has cancelled a seminar featuring controversial US-based “pick up artist” Julien Blanc, after a petition to stop the event gained more than 7000 signatures.

Blanc, a self-described “dating coach”, has been branded a misogynist by internet commentators for the advice he gives men about how to “pick up” women.

On his website, Blanc says his techniques will, “Make Girls BEG To Sleep With You After SHORT-CIRCUITING Their Emotional And Logical Mind Into A Million Reasons Why They Should…”

According to a Change.org petition, The Como Melbourne had planned to host one of Blanc’s seminars on November 6, between 7-10pm.

But a spokesperson for the hotel has confirmed this morning the event has been cancelled.

“Following an objective review, The Como Melbourne is in the process of advising Real Social Dynamics of our decision not to proceed as the venue for the event in question,” reads a statement provided by company.

Blanc, who writes for dating website Real Social Dynamics, travels the world advocating his techniques and charges up to $270 an hour for his “training”. His website claims, “THOUSANDS of clients have attested to the results they get after being on my Live Programs.”

Blanc has also previously posted a series of pictures on Twitter featuring him appearing to choke different women, accompanied by the hashtag #ChokingGirlsAroundTheWorld.

The Change.org petition says Blanc “has made a living by teaching men how to violate women through physical and emotional abuse”.

Activist group Destroy the Joint also launched a campaign against the event on its Facebook Page, asking its followers to not only sign the petition, but to express their concerns on The Como’s Facebook page.

Unrelated posts about food and other events on the hotel’s Facebook page were hijacked by members calling for The Como to cancel the event.

“By allowing the Julien Blanc event to go ahead you are endorsing violence against women by men, please reconsider as your reputation and business is at stake,” read one comment.

“Do not give Julien Blanc any opportunity to spread his hateful message on your property. Please think of abused women, show us you are a mature sensitive organisation who is willing to put the needs of abused women and children before you accept one cent from this vile creature,” read another.

Digital marketing expert Michelle Gamble, of Marketing Angels, told SmartCompany The Como has been put in a difficult position and is likely the “innocent victim”.

“I think The Como Hotel probably had no idea what this guy’s content was,” says Gamble.

“It’s not the job of the hotel to edit content of every event held at their location. They have been put between a rock and a hard place.”

Gamble says while the petition is leveraging social media to bring light to Blanc’s questionable content, there are other ways to get publicity for a cause than “picking” on the hotel.

Speaking it was confirmed the event was cancelled, Gamble said if The Como were to axe the event, it would be setting a difficult precedent to follow, which may mean the hotel would need to constantly be across the content of any event it holds.

Dude wants to teach Aus dudes how to abuse women – um, how about NO? https://t.co/Phmbs6z8ev with thanks to @JennLi123 #takedownjulienblanc

This article was updated after The Como Melbourne decided to cancel the event.