Queensland restaurant bans children under 7 and goes viral on Facebook 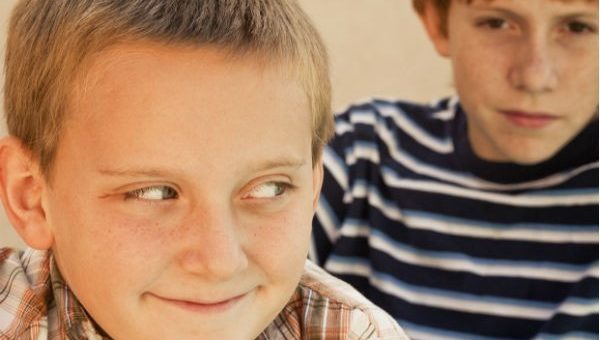 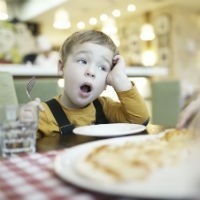 A restaurant in far north Queensland is receiving media attention around the world after banning children under the age of seven from its restaurant.

Flynn’s Restaurant in Yungaburra, Queensland, told its Facebook fans on Sunday it would no longer allow young children to dine in the restaurant, following an incident with a customer who slammed the venue on TripAdvisor after staff at Flynn’s asked her and her husband to keep their crying toddler quiet.

The customer posted a one-star review on TripAdvisor under the name “cgh57” after dining at Flynn’s on Sunday.

“We were a family group of four with a two yr old. Unfortunately she became upset over lunch and was crying in her high chair,” the review started.

“We were tucked in the furthest corner and only two other guests in an adjacent dining room. The owner asked us to keep the noise down quite rudely. Within a few minutes he retuned and asked us to take ‘the child’ out of the restaurant!”

While the diner said they “don’t agree with any children running riot while people are dining at home or out”, they said their toddler wasn’t “misbehaving or wreaking havoc”.

“On leaving without completing our meal, we complained about the manner in which we were treated,” the reviewer said.

“That caused a heated discussion. Within half an hour of our departure the policy for children at Flynn’s was changed to ‘no children under 7 allowed’. Interesting because age is rarely an issue with poor behaviour.”

“Flynns Restaurant requires diners be a minimum age of 7 years old,” Tymecka said, indicating her post was directed at the author of the TripAdvisor review, Christine Hall.

“Yes, we applied the rule of not permitting children below the age of 7 in the restaurant minutes after you left because we respect our guests’ wishes to dine in a calm atmosphere.”

“The feedback from our diners regarding screaming babies have been nothing but wholly negative and in the interest of their wishes we have decided to introduce this policy and it will stand.”

More than 1000 people have also commented on the post, and although some users disagreed with the ban, many supported the business’ decision and said the ban was “fair enough”.

On Wednesday, Flynn’s thanked its supporters on its Facebook page and the business said it has received phone calls and personal messages from “all over the world”.

“We stand by our policy to provide our diners with excellent food and service in a noise-free environment,” the business said.

Flynn’s stance on young diners has received media coverage in Australia, New Zealand and the UK, with owner Liam Flynn telling Business Insider the policy has “opened up a bit of a polarising debate on social media” and “has gone bigger than I thought it would” for a small business in a country town.

But Flynn, who has a 14-year-old son, said the issue is “some parents are just inactive when it comes to disciplining children in the correct manner”.

“Parents have to curb their child’s behaviour – take them outside until they calm down or do something else, like go to another family-friendly restaurant or get a babysitter,” he said.

The restaurant’s use of Facebook has also won praise from social media expert Catriona Pollard, who told SmartCompany this morning “using Facebook to share messages that relate to a business is a good idea”.

“It’s a good idea to use a platform they control and manage to share messages relating to the incident,” Pollard says, adding Flynn’s likely won support from some Facebook users because it decided not to personally attack the diner who left the negative review.

However, Pollard also recommends the business, and others that find themselves in a similar position, also respond on TripAdvisor where the initial complaint was made, so future visitors to the business’ TripAdvisor page also learn of the company’s policy.

While Pollard says the restaurant’s stance on young diners may be “divisive” for some consumers, she says if Flynn’s communicates the policy clearly, it may work in its favour.

“It might actually be a really positive marketing technique, as people who do not want to dine at family-friendly places may seek this restaurant out,” she says.

And Pollard says being crystal clear about the business’ policy hopefully means it can avoid any unpleasant incidents with customers in the future.

SmartCompany contacted Flynn’s Restaurant but did not receive a response prior to publication.