Small businesses flying blind on social media and some are walking away: Report 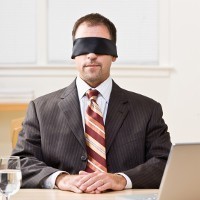 Most Australian small business owners don’t know how much they are spending on social media or how effective their campaigns are, with some SMEs even abandoning their social media accounts over the past 12 months, according to alarming new figures.

The figures come despite social media giant Facebook rolling out an online learning centre for small business owners that want to learn more skills in marketing in recent months.

The fifth annual Sensis Social Media Report surveyed 800 consumers along with 1100 businesses. The 2015 report covers social networking websites including Facebook, Google+, LinkedIn and Twitter, along with online blogs and review services such as Yelp.

The most surprising figure in the report is the percentage of small businesses with social media accounts has declined from 37% in 2014 to 31% in 2015, although this is still up significantly from 27% in 2012.

The percentage varies significantly from state to state, with 38% of New South Wales SMEs using social media, compared to just 24% each in South Australia and the Northern Territory.

By comparison, 68% of the broader population use social media sites, meaning small business adoption lags significantly behind the population as a whole.

In addition, 61% of small businesses don’t know how much they spend on social media each year, with just 17% actively measuring return on investment.

As a result, 57% of small businesses don’t know whether they’ve recovered their investment in social media, potentially leading some business owners to walk away.

Social Executive chief executive Dionne Lew told SmartCompany “businesses need to be where their customers are – it’s an old principle that applies to social media”.

Lew says one of the key reasons why some business have been slow to adopt social media has been the issue of return on investment.

“A lot of heads of marketing have trouble selling the idea of social media up the line. It’s because they don’t have the ROI figures, and everything in business is a bottom-line decision” Lew says.

But Lew says there are two ways of thinking about social media return on investment.

“The first is the quantitative side, with things like click-thru and conversions to sales. Then there’s the qualitative side – the relationships and the trust it brings to a business,” she says.

“There are a number of studies showing brand loyalty increases for brands on social media, but that’s the much longer game. Like all loyalty building, it takes time and commitment.”

Of the small businesses that actively measure their return on investment, Sensis found 64% rely on the number of responses, such as the number of shares, followers or likes. A further 47% use surveys or questionnaires asking new customers how they discovered the business, while 10% each rely on third-party services, such as Klout, or new sales.

The figures also show many consumers actively use social media intending to engage with businesses, with 24% using it to follow favourite brands, 20% to access promotions, 19% to research products or services, and 11% to share recent purchases.

Around 70% of consumers said they access social media from a smartphone, compared to 52% who use a laptop, 34% who use a tablet and 28% who rely on a desktop computer.

“Social media has been around so long now – 14 years – that we have a lot of information about the apps you need to reach your audience,” Lew says.

“Even if you only use one or two social media channels, there are lots of figures out there to help businesses choose the right channel for their target audience and industry.”