Snap to it: Why Snapchat is the new SME social media secret weapon 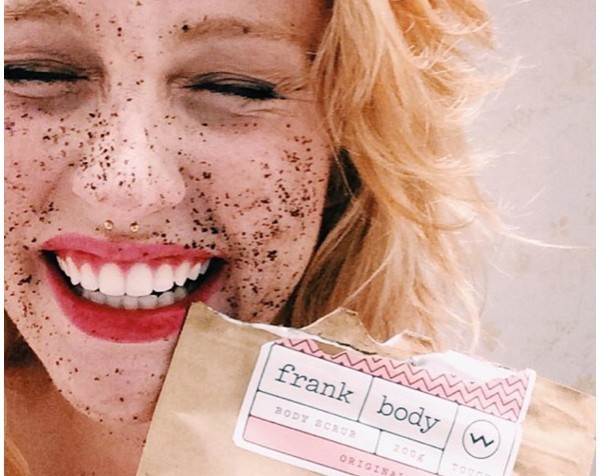 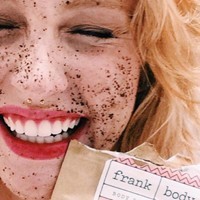 Is there a social media platform that can make your existing customers more loyal to your brand?

Jane Lu, founder of online fashion retailer Showpo, says there is and that platform is Snapchat.

One of the new kids on the social media block, Snapchat allows users to send photos or short video clips to each other that disappear as soon as the user as seen it.

Snapchat was launched in September 2011 and although it does not have the same reach as its more established social media counterparts, this is starting to change.

As of May this year, Snapchat reportedly had 100 million daily active users and at the time was valued at more than $US15 billion ($20.9 billion).

Facebook still dominates, however, with 93% of the population using the social network.

Snapchat users are most likely to be aged between 18-29 years, with 38% of those in that age bracket surveyed by Sensis reporting having a Snapchat account. Less than 10% of those aged between 30-39 years (7%) and those between the ages of 40 and 49 (9%) use Snapchat.

Brands have begun to take notice of the rapidly growing social platform, with the likes of US brands Taco Bill and McDonald’s creating a Snapchat presence and global fashion retailer ASOS using the platform to offer immediate discounts to followers.

A bit closer to home, KFC Australia used Snapchat to launch its Double Soft Shell Zinger Taco in June, Cricket Australia took the plunge in July to tie in with the latest Ashes series and Commonwealth Bank established its Snapchat account at the start of August.

For Showpo’s Jane Lu, using Snapchat is not about generating more traffic to her $7.5 million online retail store, but about making her “existing followers more sticky”.

“It gives them a more candid look at the business; it shows it is more than just a website.”

Lu created her personal/business Snapchat account – TheLazyCEO – only a few months ago after she was introduced to the platform by her partner’s younger sister.

There is no way of tracking how many followers Lu has on Snapchat but to date, each of the videos she has snapped have notched up to 10,000 views.

Lu readily admits Snapchat is not as effective as the likes of Instagram and Facebook for attracting new followers to her brand or even converting followers to paying customers, she says the platform’s ease of use makes it appealing as a business owner.

“People spend a lot of time and thought on Instagram but Snapchat is quite easy,” Lu says.

“Snapchat is about capturing the moment; you can’t redo the moment.”

But the ease of use can also be a pitfall, Lu says, warning other business owners to be careful about what they post, especially if it is later at night and they may have had a few drinks.

Using the Stories feature of Snapchat, which allows videos to stay accessible for longer than normal photo ‘snaps’, Lu offers her followers behind-the scenes clips of her day as chief executive of Showpo – from shots of the Sydney Harbour Bridge as she travels to a meeting or her dancing with some of Showpo’s models at a fashion shoot.

“It targets a younger market,” she says.

“Millenials and people in the 20s are really on it.”

Bree Johnson, co-founder of Frank Body, describes Snapchat as “a whole new ball game” for the cult coffee scrub that has achieved success on other social media platforms, including Instagram.

Johnson told SmartCompany Frank Body started trialling Snapchat in April and developed a strategy for using the platform in July from its account frankbod.

“Everything we do is driven by our customers and quite simply, a lot of our customers are using it as a platform so it made sense for us to be playing in the same space as them,” Johnson says.

Like Showpo, Frank Body’s target market is young women, aged between 16 and 24 years, and Johnson says this group “really responds” to the more natural, related and “less polished” content that Snapchat is made for.

“We try to offer unique content or raw footage that we wouldn’t necessarily put on the other platforms.”

Frank Body’s Snapchat account is made up of “Stories” or longer videos that go behind the scenes or feature social media “influencers”. Last week, the brand offered fitness tips from Sam Wood, star of this year’s season of Channel Ten’s The Bachelor.

Frank Body has a lucrative business model – the business turned over $14 million last financial year and is on track to more than double that figure to approximately $30 million this financial year – but Johnson says Snapchat is “not sales driven”.

“It’s about offering our loyal followers a bit extra,” she says.

Despite the less commercial focus, or perhaps because of it, it seems Frank Body’s fans like what they see: the brand’s Snapchat videos are attracting more than 10,000 views each.

As marketers, Johnson says it has been challenging for the Frank Body team to get their heads around posting “everything in real-time”.

“You can’t edit it so we are learning to let go a little bit,” she says.

“And when we get influencers to post for us, there is a large element of trust.”

“But that is part of what attracts people to Snapchat … it’s a lot more organic.”

“The Holy Grail for marketers”

According to Steve Vallas, social media expert and co-founder of social commerce agency Chunky Media, Snapchat has become “the Holy Grail for marketers” because of demographic it attracts.

“Eighteen to 24-year-olds are living on it,” Vallas told SmartCompany.

“So the question becomes how can you get to them without putting them off?”

However, Vallas questions whether it is worth small businesses experimenting with the Snapchat, given it is an “immature platform” and one that large corporates are splashing huge amounts of cash at with little return.

“By and large, the experience with Snapchat has been overseas,” Vallas says.

Vallas says the resources and effort being poured into the platform currently outweigh the returns brands are getting, especially as it is virtually impossible for brands to actively find new Snapchat followers.

“In terms of scale, we’re not talking about numbers in the tens of thousands, we talking about a few hundred voucher redemptions,” he says.

Vallas says brands in the sporting and entertainment sectors appear to be favouring Snapchat as its instantaneous marketing is ideally suited for live events such as sporting matches or music festivals.

Those brands that are getting some traction use social media influencers or celebrities or are capitalising on the fact that Snapchat is still an “uncluttered space” with fewer brands competing for users’ interest.

As Snapchat continues to grow, however, Vallas says it will be the brands that hold true to that age-old marketing practice of simply creating compelling content.

“It’s the coolest place to be but it will be difficult for some brands,” he says.