Social media giant Snapchat has come under fire after releasing a filter that transforms a user’s face into famous singer Bob Marley.

Filters, one of Snapchat’s more recent features, allow people to superimpose images or CGI effects onto their face.

This particular filter added a Rastafarian cap, dreadlocks, and transformed the user’s face into one resembling Marley himself. 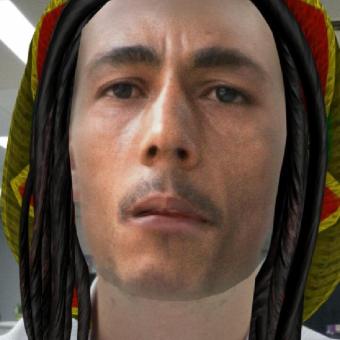 Controversy arose due to many users considering the filter a form of “digital blackface” and disrespectful to Marley and his legacy.

People flocked to Twitter to express their disdain for the filter.

Bob Marley is more than ‘One Love’, weed and dreads. He was a revolutionary. Remove that racist filter @Snapchat

The filter appeared on April 20, a day known worldwide as ‘Weed Day’ due to its resemblance to 420, a number associated with cannabis culture.

Marley was a prominent cannabis supporter, but was also influential in pioneering both reggae music and peace activism.

Because of this, many users were unhappy about the simplification of Marley’s legacy.

Snapchat has issued a statement saying the filter was a joint effort with Marley’s estate, and that it is a new way for users to express their appreciation for his music.

“Millions of Snapchatters have enjoyed Bob Marley’s music, and we respect his life and achievements,” Snapchat said in the statement.

Dr Lauren Rosewarne, from Melbourne University, told SmartCompany that just pretending stuff-ups will go away of their own accord can strain a company’s reputations.

“Stuffing up is a corporate reality, particularly in a world of social media where unanticipated consequences of marketing campaigns regularly transpire,” Rosewarne says.

“The best kind of damage control that can be done is a company immediately acknowledging wrongdoing and then apologising.”

Despite the backlash, the Bob Marley filter is still available.