Social media and mobile insights: It’s time for your business to look at Instagram 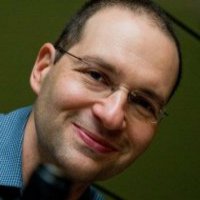 Facebook now plays a major role in supporting many of Australia’s most popular brands. Stephen Scheeler, head of retail and e-commerce marketing for Facebook, suggested when he spoke at the eCommerce Conference and Expo in Melbourne in March that the world is now mobile and Facebook is too.

Just look at the stats for Australia:

T-shirt art company Threadless has used Facebook in an adept way to boost its profile and it has close to 900,000 Facebook fans. Their advice is simple: the better you get at engagement, the more people will get to see your Facebook posts.

Polls and questions get the most reactions and photo albums also work well. Facebook looks at a post to see how much interaction it gets, and makes this more visible.

Threadless suggest that you shouldn’t assume every post is going to get the same interaction and it’s important to look at trends.

What about Facebook reducing the deliverability of posts by businesses, instead wanting Facebook business users to pay to boost posts? Social media expert Yvonne Adele, who spoke at the PESA Professional eBay Sellers Alliance in May, suggested that a post should be repeated a few times a day and that posts with images and links have less reach than text-only links.

This is only the beginning of mobile and social transformation of media: 38% of two-year-olds use mobile devices and the average age of first mobile phone usage is 13 (in the US, but probably quite similar in Australia). In fact, a Qualcomm survey revealed many parents think it’s acceptable for a child to own their first phone between the ages of 8 and 13.

Unfortunately Twitter doesn’t have the reach in Australia that it has in the US. However, it still has some penetration. Todd Lido of Threadless advises don’t just use Twitter with a push mentality: push strategies miss all the potential conversations about your brand.

Visually entertaining content works best for engaging followers, and the best platforms for this are Instagram and Pinterest. Pin it to win it e.g. if you’re selling homewares or furniture, show the living room of your dreams as a way of engaging users.

The social Threadless experience is made up of forums, following other users, notifications sharing and photography/#threadpics. Threadless works on connecting consumers with artists and friends and creating a community around a shared interest or passion, which in the case of Threadless is T-shirt art.

Think about what your business does and how you can create a community around that by using social media to share and spread that passion!

Latest and upcoming in social

You will probably also notice that Facebook has released an auto play feature for video (with the volume by default set on mute so you don’t get caught out at work). Another new product that is in testing is

So what’s the next big thing?

Instagram has hit a tipping point in the past year or so. It provides users with a beautiful canvas to share their inventory, and it’s now ramping up its advertising offering with enhanced analytics for advertisers.

Of course, Instagram is owned by Facebook and it will benefit from having the resources of the social media giant behind it as it pushes further into becoming a platform for advertisers. Instagram last week rolled out ads in the feeds of Australian users, making it an even more attractive proposition for local businesses.

The other thing with Instagram is that it appears to be gaining a bigger following among young people, especially teens, as Facebook becomes a mature site. This is something else to consider if your business is targeting that demographic.

It’s never too late to be early, and according to Facebook’s Stephen Scheeler, the journey is only 1% finished when it comes to social media and e-commerce.

Mark Freidin is an experienced chief operating officer, e-commerce pioneer and consultant to fast-growing firms with his company internetretailing.com.au.