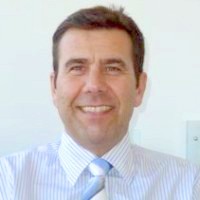 Recently, I googled “How do I get noticed on Twitter?”

Don’t get me wrong, some of the advice that I received in the various articles was fantastic. It ranged from ‘How to Get Noticed on Twitter – 15 Tips for Writers’ to ‘16 Things You Can Do Today to Get Your Artwork Noticed’ to ’41 Ways to Promote your Twitter Account’.

Interesting that when I look for things in Google on almost any topic, there is no shortage of experts ready to espouse everything from the key things on this or that to do or not to do – have you noticed that?

So I decided to make sure I was never upstaged in an article headline again and go for 500 million in mine, as there are more tweets than that every single day! This information accords with an article I read on tweet records per second.

There is also no shortage of people giving good advice as to how to achieve magic success with Twitter and for that matter, LinkedIn. From each article there are some good points, but I’m not here to tell you how to navigate a quick path to success on Twitter…

I’m here to tell you what the experts don’t tell you; that is, there’s now so much noise out there that getting your business’s voice heard is getting much, much harder.

According to Statistic Brain, as of the start of this year, there were approximately 646 million active registered Twitter users, with 135,000 new users joining every day.

So with all those tweeters tweeting up to 140 characters of headlines, # and @ to seek attention for their messages, how do they each get heard among the crowd of opinions and so much competing noise?

And if that’s not enough, add Facebook, Facebook Messenger, LinkedIn, WhatsApp and WeChat noise to the mix as well.

I’m not sure if the number of 500 million is correct, but who cares as it’s so enormous! In actual fact, the number doesn’t matter but the volume of the noise does. The noise matters because your key objective should be about getting noticed. You can of course seek to get someone famous to follow you; that may help to get you noticed.

So with all the millions of competing tweets plus other digital and mobile noise, what don’t the experts tell you?

And why is the noise relevant? It’s relevant because you want to know that if you send a message as a tweet, has it been read by anyone? How do you ensure your message is read? With Twitter continually taking in messages from others that tweet to your followers, chances are your message will be lost in the avalanche – unless those followers go specifically looking for it, which I believe is quite unlikely.

So why tweet at all? Interesting question. It’s because it’s a numbers game. If you have a particularly strong message at a time of a political revolution such as we have seen in parts of the Middle East, it can make a difference. Most people, however, won’t have the following to make that difference. (I have only just started my separate Twitter account having focused previously on LinkedIn.)

Incidentally, I also really liked the article 25 Things That Make You Look Dumb on Twitter…

And yes, I know it won’t be long before some clever type writes an article with a headline that exceeds my 500 million – damn! I held the record for only as long as it took to send an additional tweet!