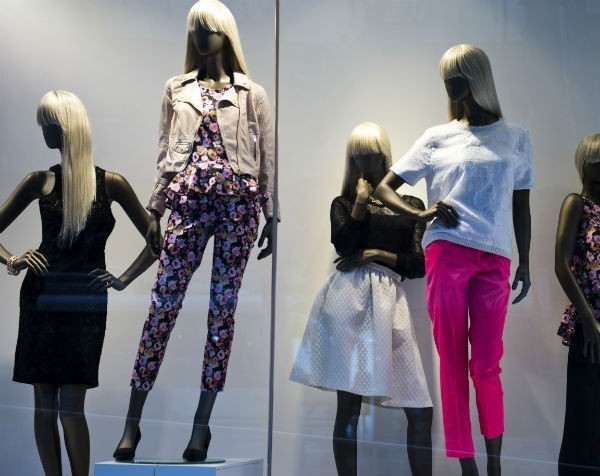 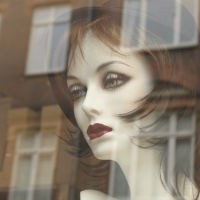 Fast fashion chain Topshop is the latest retailer to experience first-hand the power of social media, with the popular brand agreeing to stop using particular mannequins in its UK shop windows after a customer slammed the “ridiculously tiny” plastic models on Facebook.

Bristol shopper Laura Kate Berry left a photo and complaint on the Topshop Facebook page on July 23, telling the retailer she was “stopped in my tracks” by the thin and very tall mannequins displayed in her local store.

“I’d love to hear how you can justify the ridiculously tiny mannequin in your Bristol Cribbs Causeway store?” Berry wrote.

“We come in all shapes and sizes. There is absolutely nothing wrong with being the size you naturally are. I believe we should all feel comfortable in our skin.”

“Having said that, this mannequin is quite frankly ridiculously shaped. Young women aspire to the somewhat cult image your store offers. Which I’m sure you’re aware by your sales figures and hashtags on Instagram. Yet not one mannequin in your store showed anything bigger than a size 6.”

Berry said consumers are now more “conscious of the harsh unrealities often imposed on us by the fashion industry” and told Topshop she expected better.

“I’m calling you out Topshop, on your lack of concern for a generation of extremely body conscious youth,” Berry said.

“To be honest, I’m sure many clever, strong and beautiful women of any age are made to feel insecure by your mannequins and advertisements. Numerous studies have been carried out on the effect of unrealistic mannequins in stores and numerous stories have been shared in the media too. So what makes you feel you can ignore everything that’s been said and considered by other high street stores and even some high fashion designers? What makes you so superior Topshop?”

In less than a week, Berry’s post has been shared by 536 people and liked by 4236. The attention the post has attracted has led to Topshop agreeing to stop using that particular design of mannequins.

“We think it’s important to showcase a healthy size image, from the choice of models used in campaigns, to the stories featured online and on the blog,” Topshop replied to Berry.

“For some background, the mannequin you saw in store is supplied by a company that has been working with lots of different retailers for the past 30 years. This particular style is used in [a] small number of our stores and is based on a standard UK size 10. The overall height (187cm) is taller than the average girl and the form is stylised to have more impact in store.”

The retailer said the mannequins are designed with “certain dimensions” that allow clothing to be easily put on and removed, and therefore are “not meant to be a representation of the average female body”.

However, Topshop said it has listened to the feedback and “going forward we are not placing any further orders on this style of mannequin”.

“The views of our customers are extremely valuable and we apologise if we have not lived up to the levels of service that we aim to deliver,” the store said.

Topshop’s response has won praise from social media expert Catriona Pollard, who told SmartCompany this morning the company’s actions are “a perfect example of how to use social media to build positive brand awareness”.

Pollard says Topshop followed best practice by first providing a short response to Berry, which asked her to contact the business directly and then, a few hours later, provided a longer public response that explained some background to the situation.

While Pollard says it probably shouldn’t have taken a customer to “point out the fact the mannequins are unrealistic” to a business the size of Topshop, she says the company chose to be responsive when it could have been “really defensive”.

“The most important thing is to have a considered response,” she says.

SmartCompany contacted Topshop Australia but did not receive a response prior to publication.