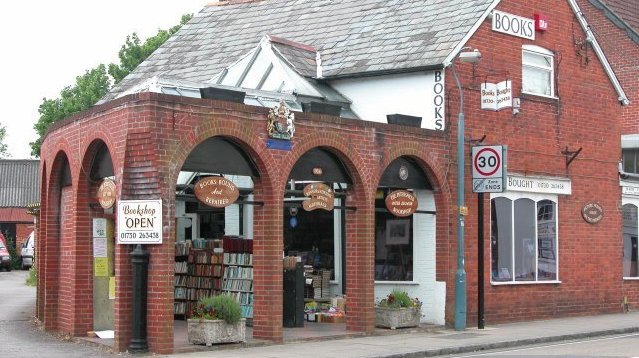 Can a single tweet, sent in reflection after a long day, save a century-old business from shutting up shop?

The answer is yes — if the tweet in question is shared by a world-renowned author with millions of followers who are then inspired to take action.

Earlier this month, this exact scenario played out in Hampshire County, England, when bookseller Robert Sansom took to Twitter after the bookshop he works in, Petersfield Bookshop, experienced a day without a single sale.

As The Guardian explains, it was the first time anyone could remember such a day occurring in the secondhand bookshop’s 102-year history, and so Sansom tweeted from the bookshop’s account about the “tumbleweed” day.

“We think this (is) maybe the first time ever.”

Not a single book sold today…

We think think this maybe the first time ever…

We know its miserable out but if you’d like to help us out please find our Abebooks offering below, all at 25% off at the moment…. pic.twitter.com/Cn5uhYWw88

Much to Sansom’s surprise, that night the tweet went viral, and it even captured the attention of author Neil Gaiman, who has close to three million Twitter followers.

Sansom told the Washington Post the day of no sales had left him pondering whether the business would need to close, as early as the end of that week.

But the millions of people who saw his tweet chose to act, and the store’s website was soon flooded with orders from around the world.

“Just reading the messages we have received has brought tears,” he said.

“We are really aware of how this was a ‘lightning strike’ — a piece of luck that couldn’t have been planned (when) there are many others struggling along as we were.”

Now, Sansom and his co-workers have called in local volunteers to help them fill the huge influx of orders, which are still rolling in.

And while Petersfield Bookshop is living to see another day, and has thousands of new Twitter followers too, Sansom told the Washington Post the lesson from this event is about more than one store.

“Please, go and find your local indie bookshops, new and secondhand, and buy real books from them. If you don’t, they will just close and disappear,” he said.

“You won’t even notice to start with, and then you will. And it will be too late.”

NOW READ: How Aussie bookshops are surviving five years after a minister predicted their death