What we learnt from Mark Zuckerberg’s F8 conference keynote

Mark Zuckerberg laid out his 10-year plan for Facebook in his F8 keynote speech earlier this month. The speech covered a wide range of topics, including his desire for Facebook to play an active role in building communities and opening up the world to new ideas.

“We stand for connecting every person, for a global community. For bringing people together, for giving all people a voice, for free flow of ideas and cultures across nations,” Zuckerberg said.

The speech also contained a few pointers on how businesses that use Facebook might think about their social strategies over the next decade.

You can never accuse the Facebook founder of lacking ambition and his keynote address to open the annual F8 Developers Conference this year contained its share of blue sky thinking.

Zuckerberg’s roadmap for the next decade of Facebook focused on this simple mission statement: 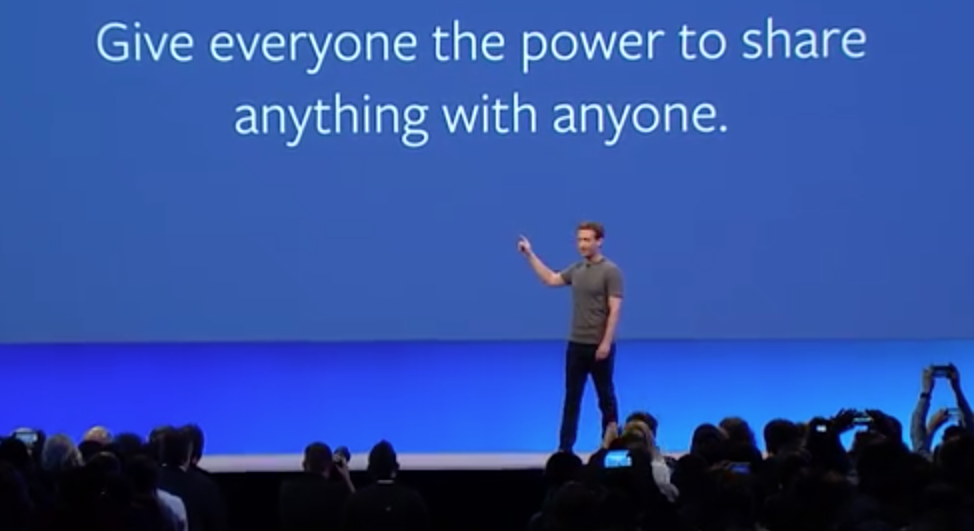 The statement captures the full intent on what Zuckerberg is trying to do with Facebook by taking it well beyond its origins as a social network platform.

The scope of his thinking was maybe best expressed at one moment during his speech where he was outlining Facebook’s project to build a high-altitude, long-endurance aircraft, which is designed to work as an internet service facilitator: “If you told me 12 years ago that FB was going to build a plane, I would have told you you were crazy.”

It’s an example of the company’s audacious attitude, and if you were being cynical, you might ask whether it’s not overstepping the mark a little, especially as the Facebook platform has been losing some traction among younger users to platforms like Snapchat.

Zuckerberg identified three key factors that would underlie the successful execution of the mission: availability, affordability, and awareness. The “playbook for building news services” is deceptively simple and focuses on taking a piece of technology and scaling it into an ecosystem, much like what has happened with the Facebook platform and the apps that live within its ecosystem.

Scale and engagement, through users such as businesses and app builders, has meant the Facebook platform has moved through the technology>product>ecosystem phases.

What Zuckerberg signalled as the path for Facebook in the next 10 years is to further develop current products and emerging technologies into fully fledged ecosystems alongside the social network platform.

He identified three key areas of tech that will drive Facebook’s mission to develop products into ecosystems:

Zuckerberg was especially effusive about the power of VR to transform the experience people have in connecting through social: “Virtual reality has the potential to be the most social platform because you actually feel like you’re right there with another person.”

Of course, Facebook is not alone in its big expectations for VR to finally break through and become a mainstream communications medium.

Zuckerberg was also extremely bullish about the impact live video streaming is set to have, saying the we are about to enter the “golden age of online video”.

According to Facebook figures, people watch live videos for longer durations than recorded videos and make almost 10-times as many comments on them.

“People love going live because it’s so unfiltered and personal, and you just feel like you’re just there hanging out with your friends,” he said.

This level of engagement is definitely worth keeping in mind for businesses looking to have video as part of their content strategy.

Again, Zuckerberg is not alone in identifying live video as one of the most promising frontiers for social platforms. Jack Dorsey has also staked quite a bit on Twitter plugging into its sports social base and becoming a live sports streaming platform.

Zuckerberg sees video as playing a massive part in where social will be in the next decade, equivalent to what we have seen with the uptake of mobile.

“In a decade, video will look like as big of a shift in the way we all share and communicate as mobile has been,” he said.

Zuckerberg also had some interesting insights into how he sees the Messenger app developing as another channel for B2C communication: “One of the platforms that I’m most excited about is Messenger.” 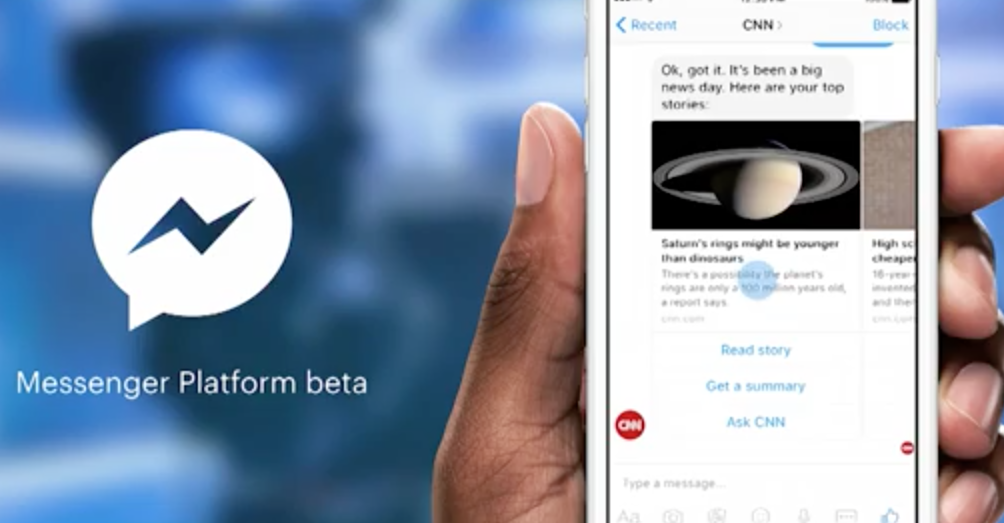 He said the new Messenger Platform will be designed to optimise AI interactivity, so consumers will be able to communicate queries directly through Messenger to a company.

The company, via intelligent artificial intelligence, will be able to handle all sorts of customer queries, quickly and comprehensively – at least, that’s the plan.

Facebook is the undisputed social media king. The roadmap Zuckerberg has laid out for the next 10 years has the potential to take the company to another level entirely, pitching it squarely against that other tech titan of our age, Google.

The potential growth of ecosystems and platforms within the Facebook orbit promises to bring some very lucrative opportunities for businesses, as well as developers, that are willing to become early and innovative adopters of technologies such as AI, VR and connectivities.

*The images above are video stills taken from the original F8 Conference keynote.

Fi Bendall is CEO of The Bendalls Group, a business that leads STRATEGY : ADVOCACY : MOBILE delivering the business acumen to drive effective positive results in a disruptive economy for the C-suite. Fi has recently won a Westpac/AFR 2015 100 Women of Influence award.