Facebook-owned messaging platform WhatsApp has begun testing a new business directory that will allow users to search for, and interact directly with, small businesses within the app.

The feature is being rolled out to thousands of businesses in São Paulo, Brazil, and is expected to be expanded to other countries, with India and Indonesia suggested among the next territories to get access to the feature.

The WhatsApp business directory will allow users to search for nearby businesses, such as food, retail and service-based businesses, and then start a discussion with them within the app. 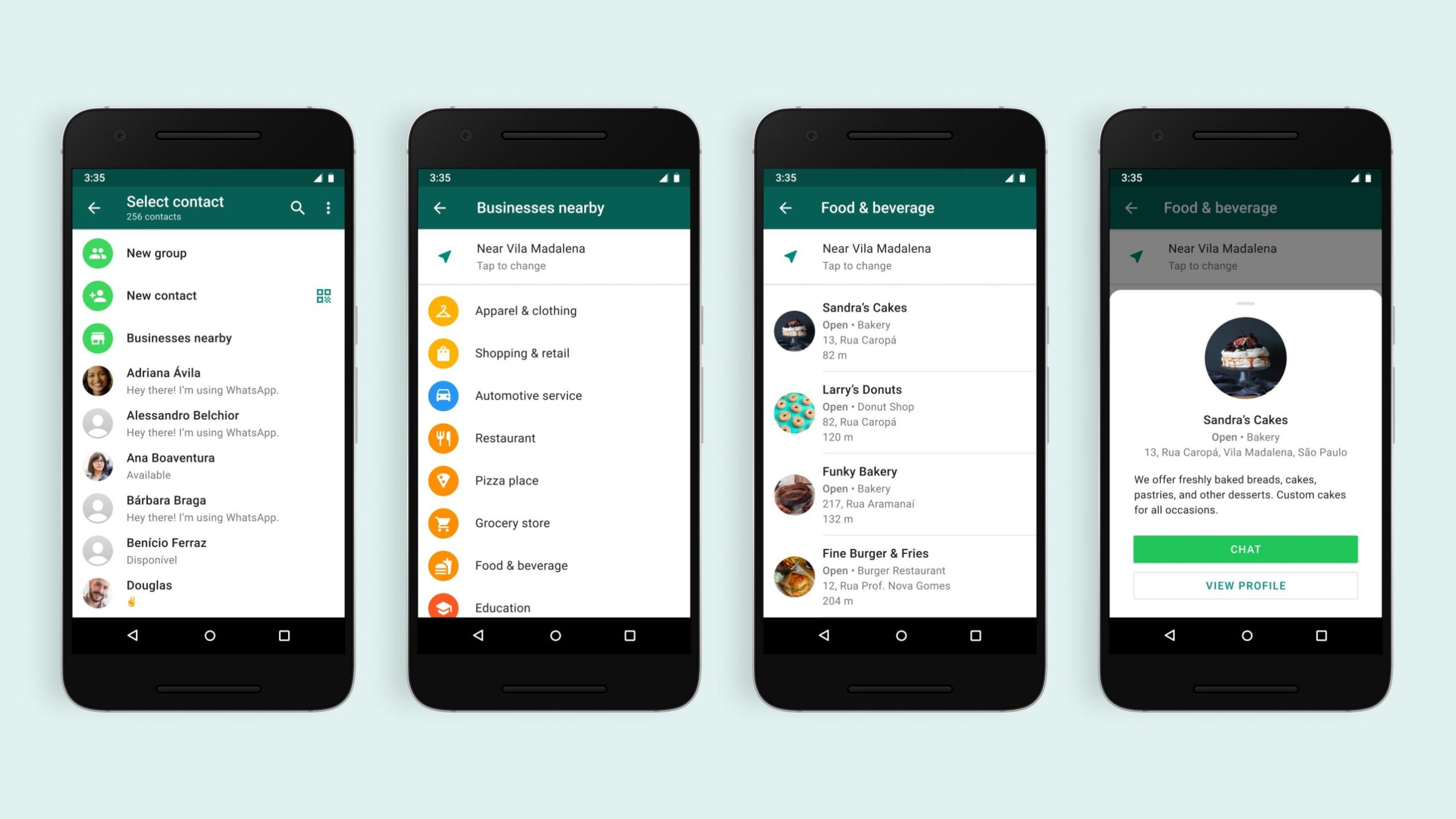 In an interview with Reuters, Facebook’s vice president of business messaging Matt Idema said the new directory could become “the primary way that people start a commerce process in WhatsApp”.

Idema said businesses have already been using WhatsApp to connect with customers informally, including by sharing their WhatsApp numbers on websites and packaging or promoting WhatsApp chats through ads on Facebook.

We’re kicking this off in São Paulo which is home to millions of small businesses. For those who aren’t in São Paulo to try it out, here’s what it looks like: pic.twitter.com/cMu9DwlUYw

This is the latest in a series of moves by Facebook to enhance the e-commerce features of WhatsApp, which, according to the company, sees more than 175 million people globally uses its service to message businesses every day.

WhatsApp already has an app for small businesses, which it launched in 2018, and larger businesses can use an API to integrate with the platform. The company said the new business directory may be added to both in the future.

And while it doesn’t currently offer in-app advertising, Idema also suggested this could change in the future.

“There’s definitely a route on ads, which is Facebook’s core business model, that over the long term I think in some form or another will be part of the business model for WhatsApp,” he said.

WhatsApp has also previously launched shopping tools, including product catalogues and shopping carts, and Facebook has previously said its Shops feature will also be added to the WhatsApp platform in a number of countries.

WhatsApp has said it won’t collect or store details of users’s search results using the new directory, which The Verge reports comes after there was backlash against an update to the WhatsApp privacy policy earlier this year.

According to the WhatsApp website, to use the new feature, businesses in São Paulo will need to download most recent version of the app and then supply their business name, profile picture, address, location, category and business hours, along with a description of the business and its CNPJ number, which signifies a license to operate in the area.

What do WhatsApp, Dropbox and Kickstarter have in common? Why times of crisis breed invention

Entrepreneurs thrive in crises and uncertainty. They revel in the depths of the most complex global challenges. It’s how they’re wired.

Why Facebook paid $US16 billion for WhatsApp – and why Telstra, Optus and Vodafone should be worried: Control Shift

Over the past week, many analysts have been scratching their heads over Facebook’s decision to purchase WhatsApp for an eye-popping...