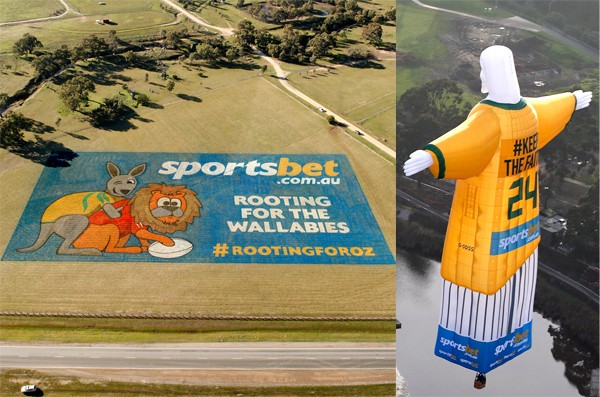 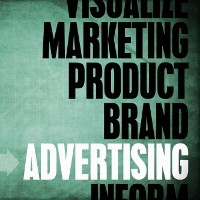 Sportsbet has a history of breaching advertising standards in Australia. (Left) a Sportsbet ad in Victoria during the British and Irish Lion’s tour of 2013. (Right) An inflatable statue of Christ with Sportsbet branding flies over Sydney during the Rio World Cup last year.

The Advertising Standards Board has upheld a complaint against betting agency Sportsbet over a television commercial that featured a punter with a badly sunburnt face.

The Sportsbet ad was spruiking the bookmaker’s racing specials for Cox Plate Day during the recent Spring Racing Carnival in Melbourne and while it is no longer on air, one marketing specialist says the ad highlights the importance of using context in advertising.

The TV clip began with a man at the races who has a badly sunburnt face, except for the area where his sunglasses were.

The voiceover for the ad says: “Don’t worry that’s only second degree, spring it on!”, before the betting agency’s Cox Plate Day specials are shown on screen.

The ad ends with an image of the same man at the beginning of the racing event without sunburn.

One television viewer complained to the Advertising Standards Board, saying they were offended by the ad.

“I’m a melanoma survivor and I find it offensive that this ad makes fun at such a severe sunburn,” the complainant said.

In response, Sportsbet told the Ad Standards Board the commercial “is clearly intended to be treated in a light-hearted manner”.

Sportsbet said the ad was intended to convey that the main character “does not realise that he has been sunburnt, despite this being incredibly obvious to everyone else, including by the accentuated outline of the shape of sunglasses on the main character’s face”.

The betting agency said the ad “does not in any way suggest that this scenario should be transferred into real life or that people should not take sunburn seriously” and therefore, the complaint “lacks foundation”.

But the watchdog disagreed and ruled the ad contained material that is contrary to prevailing community standards on health and safety by “undermining safe sun behaviour and trivialising sunburn”.

Referencing its recent decision to uphold a complaint against a poster from Airtrain Brisbane, which used the words “getting a sweet tan”, the Ad Standards Board said the Sportsbet ad reinforced “the wrong message in relation to sun safety”.

“The message of the advertisement is not clear and though the promotion of the betting app is evident, the reason behind the use of the imagery of the sunburnt man is not clear,” the Ad Standards Board said.

“The board discussed the possible analogies and concluded that irrespective of the intended humour, the depiction of a man with a severely sunburnt face was evidence that he had not taken appropriate action to avoid sunburn.”

Finally, the Ad Standards Board said the image of the man without sunburn that appears at the end of the ad “amount[s] to a suggestion that people don’t need to take skin protection seriously and that they should just continue to bet and have fun.”

Sportsbet told the advertising watchdog the ad is no longer running and the company will ensure it does not run again.

Marketing specialist Michelle Gamble, from Marketing Angels, told SmartCompany this morning advertisers will often use “attention-grabbing or silly things” as a tactic to make their ads more entertaining but this Sportsbet campaign demonstrates the importance of context.

Gamble says the “Captain Risky” ads from Budget Direct often feature risky or unsafe behaviour but there have been several instances where the advertising watchdog has dismissed complaints about the campaign.

“The audience can make the connection between Captain Risky and doing things that are risky.”

But in the case of this Sportsbet ad, Gamble says the advertiser failed to make a clear connection between getting sunburnt and its race day specials.

Gamble says businesses in the betting or gambling industry need to be particularly careful with how they advertise their products, given they are selling something that is “already on the nose”.

“Gambling is something a lot of people feel very negative about and believe is harmful to a lot of families and individuals,” she says.

“Then they create an ad showing someone being irresponsible about their health. It’s a risky thing for a brand like that.”

SmartCompany contacted Sportsbet but did not receive a response prior to publication.