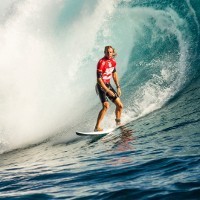 Surfwear chain City Beach has pulled a fake pregnancy test joke product from its shelves after receiving a complaint from an offended mother.

The customer, who turned to City Beach’s Facebook page to complain, described the test that always returns a positive result as “offensive” and not “funny at all”.

The mother, who saw the product in the chain’s store in North Lakes in Queensland, even threatened to start a petition to get City Beach to remove the product, according to news.com.au.

However, this never eventuated because City Beach has since decided to remove the product from all of its 60 stores.

Various customers have since taken to City Beach’s Facebook page to show their support for the business and even complain about the product being removed.

“Why do companies give in to individuals?” one person wrote.

“It really annoys me when this happens. Imagine if we gave in to everyone we accidentally offended… can you imagine? Stop trying to please everyone, you never will.”

Another person said he would be visiting a City Beach store today and spend $100 with his mates in order to make up from lost business thanks to “do gooders”.

“Absolutely never heard something so ridiculous in my life,” the customer wrote.

“If you don’t like it, don’t buy it. Just because you couldn’t find it funny doesn’t mean everyone else has to suffer because of it.”

Every month the advertising watchdog receives numerous complaints from disgruntled consumers, many of which are dismissed.

“Within seconds consumers can voice their views,” Reaney says.

“Like and share buttons enable people to quickly flock to particular views. There is a high level of ‘PC’ and this is being seen more and more as an older demographic take to the keyboards and embrace social media.”

Reaney points out that City Beach’s target market is generally people in their teens or early twenties, who might not have a problem with the fake pregnancy test.

“This is why the mother who complained received vicious complaints and messages right back at her, alongside messages of support,” she says.

“City Beach handled the situation swiftly by putting forward its message to the media and public and removing the product.”

SmartCompany contacted City Beach but did not receive a response prior to publication.