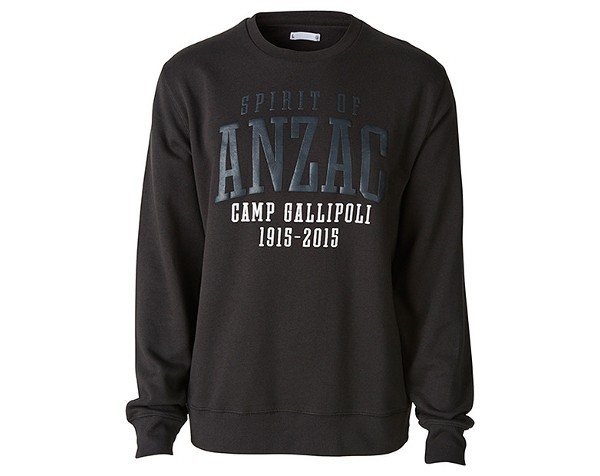 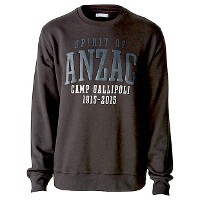 Target has been forced to pull a Camp Gallipoli-branded beanie, hooded jumper and stubby holder from sale amid a clampdown on the “inappropriate” use of the Anzac name on products.

The department store confirmed on Friday it would take prompt action to remove the Camp Gallipoli merchandise, which it stocked in collaboration with the charity, after it was advised it did not meet the “agreed branding guidelines”.

The move follows last week’s controversial Anzac campaign by Woolworths, which saw the supermarket giant come under fire for using the Anzac moniker without having sought permission from the Department of Veterans’ Affairs.

A business that uses the word Anzac without express permission from the department can face up to a $51,000 penalty.

Social media users had strongly criticised the Woolworths campaign, labelling the use of the Anzac name for branding purposes as “crass”.

But Target appears to have largely avoided a similar fate by quickly removing the three products from sale, although it does still stock other Camp Gallipoli products, such T-shirts, swags and scented candles.

A spokesperson for Minister Ronaldson told Fairfax Camp Gallipoli’s initial permit to use the word Anzac had been revoked but the charity was “reinstated [with] a new permit with strict conditions surrounding the sale of selected items of merchandise”.

As a result of the new conditions, a number of the charity’s products fell outside its permit and the spokesperson said the Minister’s office instructed the charity and its retail partners to take “all steps required” to remove the items from sale.

Target said it had become a merchandise partner with Camp Gallipoli, a not-for-profit organisation that “commemorates” the “Anzac spirit”, last year. It stressed all profits from the sale of its co-branded products would be donated to the foundation.

“We certainly did not become a partner to promote our own brand or profit in any way from the event,” said Target in a statement.

But Chris Fox, the chief executive of Camp Gallipoli, has come out swinging at critics, telling Fairfax reports focusing on the controversy were “pissing” him off.

“What worries us is I think all of Australia should be focusing on legacy and the spirit of mateship,” Fox told Fairfax.

“If people are getting off their backsides to commemorate this legacy let’s leave the snipers at Anzac Cove and not let social media attack this.”

Nicole Matejic, author of the upcoming book, Social Media Rules of Engagement, told SmartCompany this imagery appears to diminish what Camp Gallipoli is trying to achieve.

“It’s blurring the lines between the altruistic goodwill of Camp Gallipoli and its commercialisation of Anzac day.”

Matejic says Fox should bear in mind Camp Gallipoli has breached government guidelines and is “in the wrong” before making such emotive statements.

Her advice for any businesses looking to use the Anzac name is go through proper legal channels and get government approval well ahead of time.

Camp Gallipoli released a statement to SmartCompany saying the not-for-profit foundation was proud to be partnered with Target Australia and fully supports the Target merchandise range.

“All surplus from Camp Gallipoli will be donated to the RSL and Legacy,” said the charity.