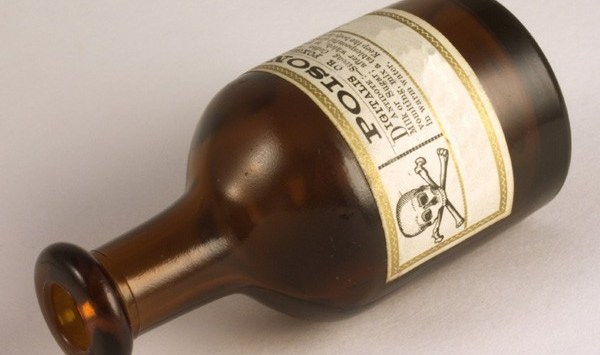 Target has pulled a drink flask from sale after the advertising watchdog upheld a complaint about the inclusion of the item in a Father’s Day catalogue.

An image of the hip flask appeared in Target’s Father’s Day promotional catalogue, which ran between September 2 and September 6.

The label on the flask featured a skull and crossbones and the word “poison”. The image also contained the words “drink at your own risk” underneath an image of the flask.

One shopper complained to the Advertising Standards Board, taking issue with the use of a skull and crossbones and the word “poison” on the product.

Responding to the complaint, Target told the Ad Standards Board the flask was one of several hip flasks advertised in the retailer’s Father’s Day catalogue “which have quirky photos or phrases on them”.

Target argued the ad for the hip flask was not primarily aimed at children under the age of 14 or for a product that has “principal appeal for children” and therefore should not fall under the provisions of the industry code of conduct that cover advertising to children.

The retailer also claimed the ad did not raise any health and safety concerns but said it decided to “remove the remaining stock on hand of the hip flask the subject of the complaint from the selling floor … and not to range this particular design of hip flask in the future”.

“We trust this action is acceptable to the ASB. Target is committed to upholding the standards of the code in its advertising,” the retailer said.

While the Ad Standards Board acknowledged Target had already stopped selling the flask in question, it still considered the appropriateness of the marketing material for the flask in a decision published this week.

The board found an image of a skull and cross bones is “widely recognised as meaning something where caution must be exercised and that many chemical bottles and packing use this warning label to indicate that the content of the container would be harmful if consumed”.

Used together with the word “poison”, the board said the image “would likely be understood by children to reflect something that should not be consumed” and a gift catalogue for dads “should not include a message that could be confusing”.

“The use of this image on a hip flask that is to contain a beverage product (usually alcohol) is a message that would confuse young children and … such a message could be interpreted as trivialising important warning labels,” the board said.

As a result, the board ruled the ad is “contrary to prevailing community standards on health and safety” and it upheld the complaint.

Marketing expert Michelle Gamble from Marketing Angels told SmartCompany this morning it is unusual to see the Ad Standards Board seemingly “stepping in to make a statement about the choice of product” a company is promoting.

However, Gamble says the advertising watchdog does have to address every complaint it receives, even in a case such as this when the business has already stopped selling the product.

Gamble says it is not clear-cut that the flask was being advertised to children, but she says all business should be aware of who might see their advertising material.

“If there is any risk people could misinterpret something, businesses have to be aware,” she says.

SmartCompany contacted Target and was directed to the response the company provided to the Advertising Standards Board.