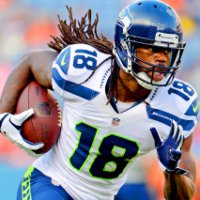 Let’s face it, for most Australians the Super Bowl is all about the ads. This year the teams actually playing in the Super Bowl XLVIII were the Seattle Seahawks against the Denver Broncos.

But forget about what was on the grid iron, the competition was really between 30 second advertisement spots.

The biggest sporting event in the United States had most of the country glued to their screens making it the prime time for companies to release their best and biggest ads.

So what’s at the cutting edge in the ad world this year?

Scarlett Johansson plays both ‘doctor’ and ‘vamp’ for SodaStream’s 2014 Super Bowl ad, which was initially banned from the Super Bowl due to its references to Coke and Pepsi.

In a white lab coat she demonstrates how to make your own soda, and she outlines SodaStream’s virtues to the environment and people’s health. Then with the thought, “If only I could make this message go viral”, she strips off her lab coat to reveal a figure hugging dress and proceeds to drink SodaStream while flirting seductively.

Initially the ad had a line saying, “Sorry Coke and Pepsi”, but this was replaced as Super Bowl organisers are against mentioning competitors in ads. Speculation is that the original version was a publicity stunt to help it get clicks online, and that SodaStream never intended to show it at the game.

But in the end it was not the new version, nor Johansson’s saucy moves that sparked attention; it is the fact the ad signalled a cut in her relationship with charity organisation Oxfam. Reportedly Oxfam were unhappy with her association with SodaStream due to the location of its factory on the Palestinian West Bank.