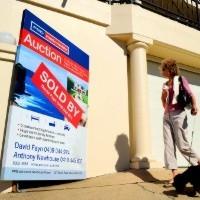 Real estate advertisements are a source of amusement, frustration and awe for many. They can be exciting, beautiful, or downright shoddy.

Here are nine terms that crop up regularly in property copy:

Most renovators agree that their dream home isn’t one riddled with issues, and many described “renovator’s dreams” need an awful lot of work. To be honest, there are very few situations where this term should be used – it’s over done.

Everything, really, has potential. It’s all well and good to make it obvious that this property has more potential than others, but explain why. The buyer wants to know if it has been DA approved, or if half the block is underutilised. Saying that something has great potential, without explaining what that potential is, does an advertisement no good.

If you want to develop the home into 500 apartments then of course you can (subject to council approval). Use this term if plans have been drawn up, or if the site is of a specific characteristic e.g. the exact size in the area to be able to house a granny flat or to be subdivided, and then make this clear. But don’t give it endless possibilities STCA.

This term should only be used in specific circumstances. Historical home that housed an Australian icon and can never be created in the same style again? Call it rare, unique and irreplaceable. One of the 50 properties in the suburb that has a double garage or a pool? Probably doesn’t stack up to being called unique.

We just found the property on a listings website or in an advertisement, so I’m not sure that it can really be counted as ‘hidden’.

One person’s luxury is not the same as someone else’s. Luxury spa, or luxury appliances… what does this actually mean? “Two-person spa” or “dual shower” is far more evocative and explains exactly what the property offers. Use this term sparingly, and only when it’s truly going to be something considered a luxury for that area.

Sure, some properties are built using a building designer or draftsperson, but many new builds, particularly in high-rise apartments, are done so by an ‘architect’. You know what’s better than saying ‘architect designed’? Just saying who the architect was. The same applies to designer-appliances – just say who the designer is. Designers and architects are not all made equal.

So many balconies, for instance, are “oversized” these days that it makes you wonder whether any average sized ones are left. The term oversized sounds a little monstrous, and we’ve already read it a thousand times. What would be better would be stating the size – and, if you really want to hammer it home that it’s bigger, compare it to the average.

This one is contentious, but when someone is looking through the listings for a property it’s not the fact that a buyer is ‘motivated to sell’ that makes them interested, but the property itself and the price. Most people assume that the vendor is motivated, as they’ve put the property on the market in the first place. While this can be used effectively in areas with a tightly held market, it most certainly should not be used with great frequency. “Vendor willing to negotiate” may, however, perk up some peoples’ attention.