The person most likely to complain about your business’ ad revealed 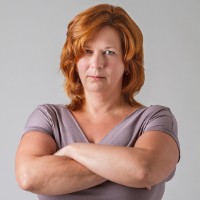 A New South Wales woman aged between 40 and 54 is the most likely person to contact the Advertising Standards Board to complain about an ad, and they will most commonly grumble about discrimination in TV ads from the automotive and sex industries.

The watchdog’s Review of Operations for 2014 Report highlighted the most popular demographics that contacted the regulator to complain about advertising last year.

The report also contained a round up of last year’s top 10 most complained about ads, which SmartCompany revealed late last year, showing dating site Ashley Madison’s adulterous commercials stirred the ire of the most viewers.

The statistics reveal Aussies are now complaining about ads more than ever, with the number of complaints received in 2014 nearly doubling the amount received in 2013 to reach 5735.

Melbourne University senior lecturer Dr Lauren Rosewarne, an expert on gender and discrimination issues, told SmartCompany the idea of a “mummy blogger” demographic lodging the majority of complaints is not surprising.

“Even when I did research on complaints 10 years go, it was the same – that demographic has certainly stood the test of time,” Rosewarne says.

The research showed the majority (77.72%) of ads complained about were TV commercials, with the automotive and adult industries most rubbing people the wrong way, followed by toiletry companies and messages on community awareness.

Discrimination or vilification in ads was the biggest bugbear for viewers, followed by sex, sexuality and nudity.

Rosewarne says the instinct to protect children, particularly from the sexist messages often used in the automotive industry or the objectification often seen in the sex industry typically “stirs the instinct of women, rather than men”.

She also says a rise in complaints on discrimination or vilification speaks less of a cultural change and more to the fact viewers are becoming savvier about how to complain.

“So now, rather than saying simply, ‘this offends my sensibilities’, people are able to point to which section of the code the ad breaches and justify their complaint,” Rosewarne says.

Of the 5735 complaints made, the regulator found 3981 did not actually breach the Advertising Standards Code, while 30 advertisers decided to pull their ads before the complaints even went before the board for consideration.

There were 21 instances in which complaints were upheld but the ads were not modified or discontinued by the advertiser, although 19 of these were by notorious rogue advertiser Wicked Campers, which consistently chose not to respond to complaints made about its controversial slogans.