The seven dumbest products Urban Outfitters has tried to sell 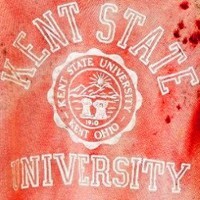 From ripping off an independent jewellery designer’s work, to finding itself slapped with a lawsuit by Native Americans over the breach of trademark of a Navajo print – the company, which has hinted at a possible expansion to Australian shores, never seems to learn its lesson.

The fast-fashion giant is facing more controversy this week, following the release of what appears to be a blood-stained Kent State University sweatshirt.

The American University was the scene of a massacre in 1970, where unarmed college students were gunned down by the National Guard following protests over military action in Cambodia.

“It was never our intention to allude to the tragic events that took place at Kent State in 1970 and we are extremely saddened that this item was perceived as such,” said the retailer.

But with so many gaffes under its belt, is Urban Outfitters deliberately courting controversy or is it just really bad at reviewing products for potential offensiveness?

SmartCompany takes a look at the top seven dumbest products the retailer has stocked.

The faux blood-spattered jumper was listed on the Urban Outfitter’s website as “Vintage Kent State Sweatshirt” and retailed for $US129 ($A142.79).

The company is facing a social media backlash against the product, but maintained the link to the massacre was not intentional.

“The one-of-a-kind item was purchased as part of our sun-faded vintage collection,” said Urban Outfitters.

“There is no blood on this shirt nor has this item been altered in any way. The red stains are discoloration from the original shade of the shirt and the holes are from natural wear and fray.”

Earlier this year, the company came under fire for a women’s T-shirt featuring the slogan “Eat less”, which commentators linked to the promotion of eating disorders.

This year also saw the release of a women’s crop top that featured the word ‘depression’ written all over it, which led customers to accuse the company of mocking mental illness.

It should be noted in this case however that ‘Depression’ was the name of the clothing company that made the shirt.

In 2010, the company offered a T-shirt on its website in two colour combinations: “White/Charcoal” and “Obama/Black.”

The company later admitted it had “screwed up” and the colour was meant to be “Obama/Blue”.

The company was accused of trivialising poverty after stocking a shirt with the slogan ‘Poverty Sucks’ in 2009.

The company came under fire in 2012 for allowing models under the age of 21 to promote T-shirts with the slogans, “I Vote for Vodka,” “Misery Loves Alcohol,” “I Drink You’re Cute,” and “USA Drinking Team”.

7. The 15-year-old model with her legs spread T-shirt

In 2011, 15-year old model Hailey Clauson sued Urban Outfitters for $28 million after the company used a picture of her in short leather shorts, legs spread and on the back of a motorcycle on one of its T-shirts.