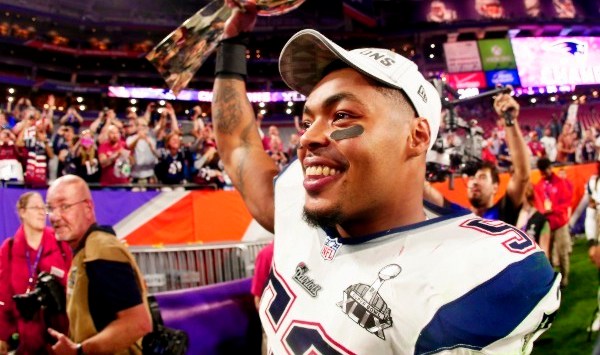 At $US4.5 million ($A5.7 million) a pop for a 30-second spot, those brands wealthy enough to advertise during the US Super Bowl certainly need to make their ad money count.

Since Apple’s famous 1984 Super Bowl commercial, advertisers have tried everything up their sleeve to get the viewers to pay attention to their Super Bowl ads, and this year’s offering has been no different.

Australian jewellery chain Michael Hill got in on the action, shelling out millions of dollars for its sweet and simple ‘We’re for Love’ campaign that asked people on the streets of New York to talk about love.

There were of course some missteps. American beer giant Budweiser tried to parody the rising popularity of craft beer with its mocking ‘“Brewed the Hard Way” ad, which made fun of craft beer fans who drank ‘pumpkin peach ale’, only for viewers to point out the company had recently acquired a well-known Seattle craft brewery, Elysian, which makes pumpkin ale.

Despite their craft beer slip-up, Budweiser’s ‘Lost Dog’ campaign, a sequel to last year’s popular ‘Puppy Love’ campaign, effectively pulled at the heartstrings to be crowned the most popular ad this year by a variety of metrics, according to Time Magazine.

The minute long ad features a puppy’s epic cinematic journey to get back to his owner and included a social media campaign that encouraged viewers to use the hashtag #bestbuds to share pictures of their best furry friends.

The public service announcement-style ad features Kardashian’s concerns for her fans who may miss out on seeing her outfits due to a lack of mobile data.

The 45-second spot features an awkward interaction between Damon and Kaling, who tries to kiss the actor believing she has been turned invisible.

Another successful celebrity spot this year was Snicker’s Brady Brunch ad. Using the iconic set of the 1970s Brady Bunch sit com and old scenes from the show, Snickers played on its ‘you get a little angry when you’re hungry’ campaign by casting Machete star Danny Trejo as Marcia and character actor Steve Buscemi as Peter.

Insurance company Esurance recast actor Bryan Cranston in his famous role of Breaking Bad’s Walter White. The show about a chemistry teacher turned drug dealer, which ended last year, sees White back in his role as a “chemist” for the ad.

Japanese car giant Toyota went the inspirational route with its “How Great I Am” campaign featuring paralympian snowboarder Amy Purdy.

The ad for the Toyota Camry shows Purdy’s athletic prowess set to a powerful speech from Muhammad Ali.