Today’s Facebook: A politician’s dream is a business’s nightmare

It’s the biggest social media network in the world and it’s designed to serve the masses. But in reality, Facebook and its algorithm currently benefits a select few.

As I’m sure you saw, the social media giant has been accused of facilitating the circulation of false news that contributed to Donald Trump’s upset election win. 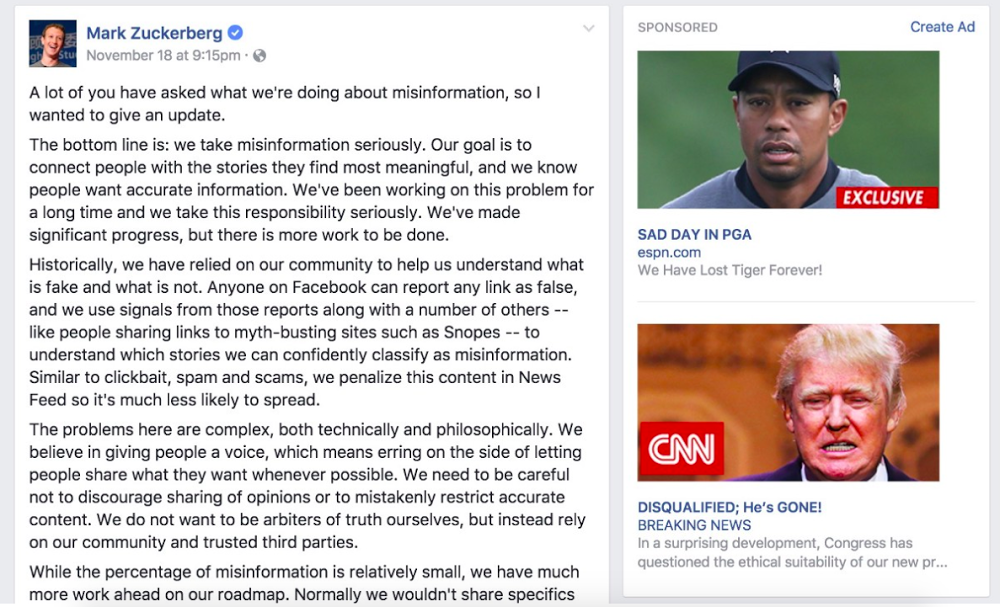 This issue of the social media giant’s algorithm distributing content is an interesting one. The Facebook News Feed gives people what they want to see based on their engagement with posts, interests, and activity online. And while this means that users are getting more engaging and personally relevant content, there is no doubt that it makes it harder for small businesses to crack into certain markets.

Unfortunately, the mass exposure that hoax news stories gave Trump is not reflected for deserving small businesses that often rely on the social media giant for their online marketing.

But just because Facebook has changed its formula so that, by default, it’s harder for businesses and easier for hoax news to get noticed online, it doesn’t mean the same businesses – with some automation – can’t use the algorithm to their advantage.

To make your Facebook content popular you have to pay for ads, but also make sure people are engaging with posts, whether that be via likes or comments or the holy grail, shares. So, as a marketer or a business, you have to make your posts more engaging (a difficult task for a busy business) or automate your marketing to push ahead of the pack.

One of the easiest ways to automate your marketing through social media is use check-ins to generate organic, word-of-mouth marketing. How do you do this? Get them to check-in in exchange for free Wi-Fi. The logic: when customers check-in on social, they’re automatically referring your business to their friends and family.

Another simple way is to schedule posts to go out during peak usage times. The trick is to not fall into the trap of having a monotone Facebook page by putting posts up at the same time, every day.

Just be careful to not alienate your customers with what you post; Facebook’s 2014 survey shows that when it comes to promoted content, users don’t react to posts that simply push them to buy a product or join a competition, or those that simply rehash advertising material.

Another way to leverage automation is to use Facebook to tailor more personalised email campaigns. By automating emails to go out after a customer has checked-in to your business on Facebook, you can generate positive reviews by prompting those who had a positive experience to review your business. 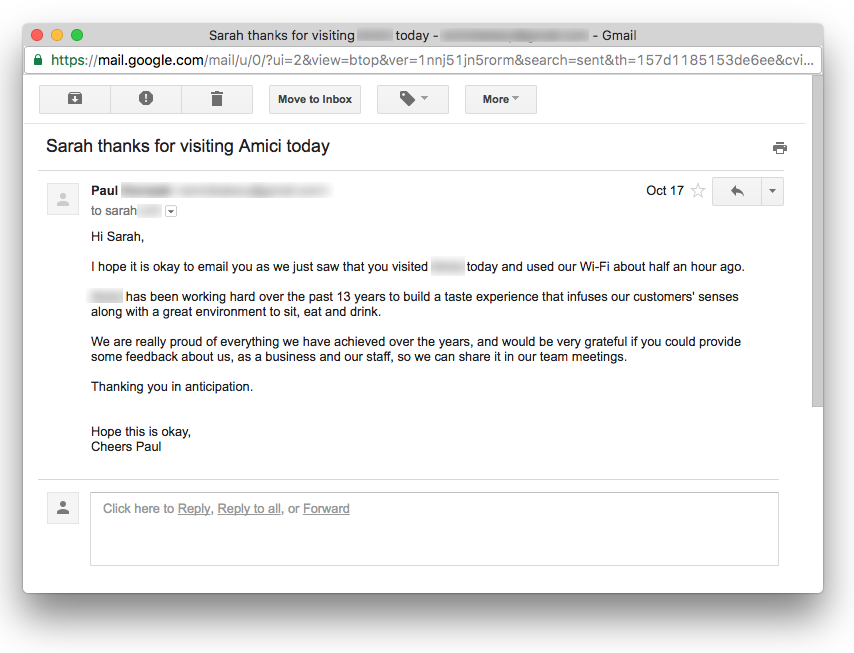 An example of an automated email. Source: Supplied

Facebook itself is branching out into this space by linking its own check-in and review systems. It’s all part of a broader trend in Facebook becoming the go-to for everything online. 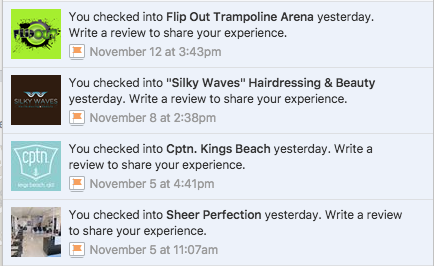 Facebook is slowly positioning itself as the platform that people cannot live without personally and professionally.

With more than 61% of Australia’s population active users on the site, leveraging Facebook is an efficient and cost-effective way to build your business’s credibility and reach in the market.

Michael Jankie is chief executive and co-founder of PoweredLocal, an end-to-end provider of Wi-Fi to small businesses.