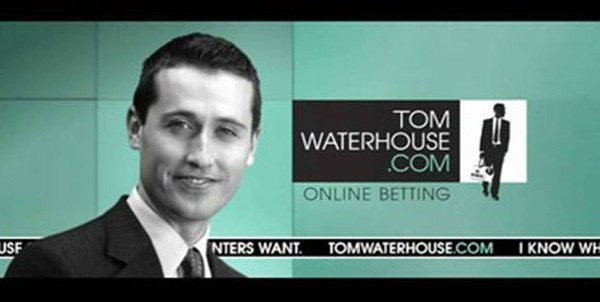 There was a time when entrepreneur Tom Waterhouse was a mainstay on Australian television sets, spruiking his eponymous betting website.

But it appears the end is in sight for the Tom Waterhouse brand, with parent company and UK betting powerhouse William Hill announcing this week it will rebrand tomwaterhouse.com to the William Hill name, along with its other Australian businesses Centrebet and Sportingbet.

Son of racing identities Gai and Robbie Waterhouse, Tom Waterhouse made the most of his family name and connections.

Waterhouse has been working as a bookie since 2003 and by 2008 he was Australia’s biggest on-track bookie; at the Melbourne Cup that year, holding more than $20 million over four days, more than all the other bookies combined.

In 2010, he launched his online business, which he promoted in a multi-million-dollar campaign of free-to-air, print and online advertisements.

Robbie Waterhouse told Fairfax the strategy was called “growing broke”, explaining, “The business is expanding at such a rate that it requires every dollar Tom has.”

But now Tom Waterhouse the brand is no longer, with William Hill saying Sportingbet will be the first to rebrand, making the change in time for the 2015 AFL and NRL seasons, with Centrebet to follow later this year and TomWaterhouse.com to make the switch in early 2016.

Waterhouse was not available to speak to SmartCompany this morning but he said in a statement the rebranding will build upon the work William Hill has done by introducing the ‘powered by William Hill’ tagline to the three brands.

“The change to William Hill will give us a recognised and respected international brand with which to compete at the highest level in Australia’s competitive market,” Waterhouse said.

“It will also allow us to work much more closely with global racing and sporting bodies and provide our Australian customers with more diverse betting opportunities.”

“William Hill Australia has completed a significant improvement phase over the last 18 months. We have a passionate and experienced management team in place, a strong internal technology capability and a more effective approach to advertising. We are continuing to improve the user experience – particularly in mobile – and are vastly expanding the product range to bring Australian customers a differentiated and exciting experience.”

But the rebranding exercise will come at a cost to the local William Hill operations, with the UK-based parent company revealing in a trading update overnight it will book a one-off $205 million charge, which will be partly offset by a $62 million deferred tax credit.

William Hill claims the changes are necessary to “drive substantial longer term value” and it will invest £5 million ($9.3 million) in marketing and other costs related to the rebrand throughout this year.

“This rebrand will enable William Hill to focus its brand media and other marketing support on promoting a single brand name, enabling more cost-effective marketing and more focused IT investment, and reducing brand confusion,” the company said.

The controversial horse racing identity, who sold his business to William Hill in August 2013 for $30 million upfront and now leads the local William Hill operations as chief executive, will be hoping that the rebrand and extra marketing funds will pay off.

Waterhouse’s deal with William Hill included an earn-out clause that would net the entrepreneur a $70 million pay day if the business he founded turned a $30 million profit by 2015.

It’s not clear if the business has reached that goal and what Waterhouse will get under the earn-out, although William Hill said this time last year the Tom Waterhouse business “recorded its first monthly profit in December 2013”.

In its latest trading update, William Hill said its Australian operations had recorded a 11% jump in revenue for the 2014 calendar year, contributed to a group net revenue of 8% overall.

Waterhouse will stay on as the chief executive of William Hill in Australia.