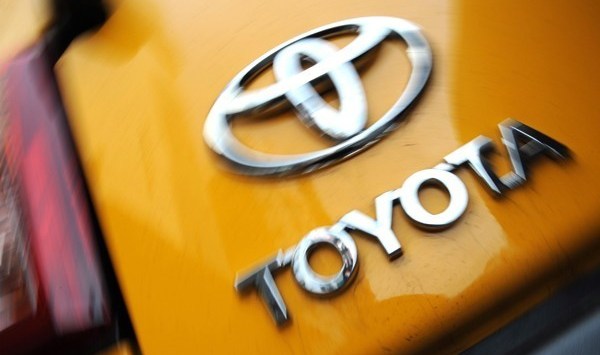 Toyota has pulled a television commercial featuring one of its cars driving through floodwater, after the advertising watchdog upheld a complaint that claimed the ad undermined a public safety campaign by the Queensland Government.

The commercial, which appeared on free-to-air television, featured Toyota LandCruisers being used in several situations to help drivers perform difficult tasks, including off-road driving, towing a broken down vehicle and plane and transporting livestock.

In one scene, a Toyota vehicle is driven through a field submerged in water to assist a man who is stranded on a fence.

This scene is the subject of the complaint received by the Advertising Standards Board, with the complainant telling the board the ad is in “direct conflict” with the Queensland Government’s “If it’s flooded, forget it” safety campaign, which highlights the danger of driving in flood waters.

“We feel that the Toyota Landcruiser Legends ad depicts unsafe driving practices by depicting the Landcruiser being use [sic] as a rescue vehicle in flood waters but not being driven by trained rescue personnel,” the complainant said.

“This is showing that this vehicle is suitable for passing through flood waters.”

“People die ever [sic] year from this unsafe activity and it is highly irresponsible to have a major company promoting unsafe behaviour.”

Responding to the complaint, Toyota told the Ad Standards Board the commercial does not in any way “contradict any public message about the safety of driving in flood conditions and does not encourage reckless or dangerous driving”.

“The scene of the advertisement to which the complaint relates … depicts a rural setting in which a LandCruiser 200 crosses the shallow water to reach the narrator, who is sitting on a fence post by a river that has overflowed its bank. At all times, the water level never rises above the lower portion of the vehicle’s tyres,” Toyota said.

“The advertisement does not portray significant or dangerous flooding, rather the narrator is simply being assisted so as to avoid getting wet.

“Toyota contends that there is a significant difference between the scenario depicted and one which portrays or encourages dangerous driving in severe flood conditions.”

However, the Ad Standards Board said in its ruling it was unclear where the water in the scene had come from and given there was an image of a river in the background of the scene, the water appeared to be floodwater.

The board also referenced the Queensland Government’s safety campaign and “significant community concern” around the issue of driving in floodwaters.

“The board noted that the level of the water does not meet the vehicle’s wheel arches but considered it was not clear whether the water level was rising or not and that the fact the man had been stranded on a fence would suggest that the water levels had risen suddenly and caught him unaware,” the board said in its ruling.

As a result, the board ruled the ad breached the advertising industry’s code of conduct.

While Toyota said it disagrees with the board’s ruling, it accepts the decision and has instructed its media agency to remove the ad from all media.

“It is our intention that, for the remainder of the period for which the advertisement was to run, we will replace the advertisement with an alternative version that does not contain the scene that was the subject of the complaint,” said Toyota.

Marketing expert Michelle Gamble, from Marketing Angels, told SmartCompany this morning there is likely some sensitivity towards ads about flooding among Queensland consumers, given the floods that have occurred across the state in recent years.

However, Gamble says it can be difficult for advertisers to be across all public awareness campaigns and issues, particularly if they operate across multiple regions in Australia.

“To some extent, it is almost impossible to monitor all of that,” she says.

Gamble says Toyota has a strong track record of producing advertising material that is in line with community standards and the company would not want to put any drivers at risk.

“The majority of people would look at it in context,” Gamble says.

“The ad directly contravening a safety campaign is a bit of bad luck.”

SmartCompany contacted Toyota but the company declined to comment further.