“We’ve done everything we can possibly do”: Sydney brewery responds to renewed calls to change its Indian-themed labels 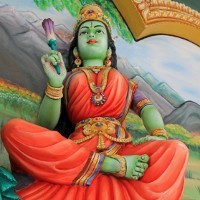 The operator of a Sydney brewery under pressure to change one of its labels for a second time says the company has “done everything we can possibly do” to mollify concerns its marketing material is offensive to members of the Hindu community.

Brookvale Union first came under pressure to change the label on its ginger beer in 2013, after some members of the Hindu community in Australia and the US objected to the Indian-themed imagery that featured the head of Hindu god Ganesh with the body of goddess Lakshmi.

The brewery, which is affiliated with Manly’s 4 Pines Brewing Company, committed to modify the label at the time to address the concerns, reaching out to the individuals who had taken their objections to the media for a checklist of what they would like changed.

“We asked them to break it down for us, take us back to square one,” 4 Pines Brewing Company co-founder Jaron Mitchell told SmartCompany.

“We ended up with a checklist of six or seven specific items and we made all those changes.”

The figure in the revised label has two arms instead of four and an image of a cow, a sacred animal according to Hindu beliefs, has been removed.

But claims that the revised image is still offensive have resurfaced this week. Dr Yadu Singh, the president of the Indian Australian Association of NSW, has called for businesses to stop selling the beer as he says the changes don’t go far enough.

“They have gone back on their word, which they gave to us and many others, and they still have those pictures, even though they have made minor changes,” Singh told Fairfax.

“Having a picture of a very prominent, respected and highly regarded deity of Hinduism [on] a beer bottle … this is offensive. I have been in Australia since 1991 [and] I haven’t seen any beer bottles with Jesus Christ on [them].”

But Mitchell says 4 Pines says there is not a uniform view among the Hindu community that the image is offensive, with the company receiving phone calls and emails of support at the time.

‘We don’t understand all the mechanics at play here so we decided not to weigh into that debate … that’s why we consulted these people in the first instance before we made the changes.”

“We’ve done everything we can possibly do.”

And Mitchell says revising the label came at a “big” cost to the business.

“It’s not just a matter of jumping on a Mac program and changing the image,” he says.

“You have to change it all the way through your business, your production and supply chain. It’s a costly exercise and that’s why we wanted to do it in just one hit.”

Mitchell says the Brookvale Union ginger beer is sold by a “couple of hundred” retailers, who he hopes will contact the brewery directly if they have any concerns about the label.

‘We would provide them with the background to the issue but it would be up to individual retailers to make a call,” he says.

“We live in a liberal, multicultural society and we have to take on the concerns of a whole bunch of interested parties. But at the same time, those on the other side also have to be cognisant and appreciate that too. We need to find a middle ground.”

Marketing expert Michelle Gamble, of Marketing Angels, told SmartCompany all companies need to be careful when using imagery that may be associated with a particular religion or belief.

“It’s really important, especially in such a multicultural country like Australia,” Gamble says.

Gamble says reaching out to members of a community would be a good first step for any company considering branding that has religious or cultural associations as a way of testing the waters.

But she says it may still be possible to create the same vibe with an advertisement, without using specific images of icons.

“There are ways around it, you just might have to look further afield,” she says.

SmartCompany contacted Dr Singh but did not receive a response prior to publication.