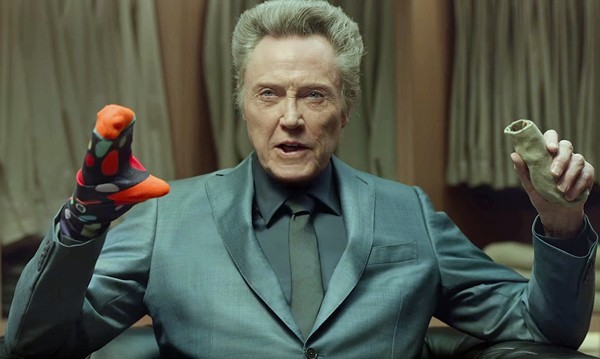 For many people, the Super Bowl is not just about sport; it’s about the advertising.

This year a 60-second commercial for carmaker Kia has the backing of artificial intelligence to make sure it has most impact on social media.

The ad, which features actor Christopher Walken, presents Kia’s mid-sized sedan as “the world’s most exciting pair of socks” in a world of beige socks.

The power of the ad, however, is its collaboration with an artificial intelligence product called IBM Watson, which has used “natural language processing” to pinpoint the best influencers on social media to talk about the ad in a positive and authentic way.

Watson was used by Kia to analyse the language used by social media influencers to find those whose online communication uses the traits that Kia most wanted to target: “openness to change”, “artistic interest” and “achievement-striving”.

These influencers are then used to boost Kia’s message before and during the airing of the commercial during the Super Bowl.

The Wall Street Journal reports 100 influencers were chosen for the campaign by Watson, including actor James Maslow and musicians Wesley Stromberg and Drew Chadwick. The influencers were each sent a pair of colourful socks to make additional content, which would then be shared on Twitter with the hashtag, #AddPizzazz.

Writing for Fortune, Brian Uzzi, a professor at the Kellogg School of Management at Northwestern University, said Kia’s approach to language on social media “illustrates how deeply messages impact people, even when they are most oblivious to it”.

“Watson’s natural language analysis adds another layer by showing the ability to discern such qualities as sincerity and accountability in messaging.

“While that may feel a bit “Big Brother-ish” to some people, the fact is the human brain does this sort of analysis all the time – although we are oblivious to it. “Moreover, filters in our brains formed by our biases and preconceived ideas often override these impressions.”

According to Uzzi, the collaboration between Kia and IBM Watson shows “it’s not enough to have millions of people seeing a big, splashy ad or talking about a product”.

“It’s all about the message and whether or not it reaches receptive eyes and ears that believe the sincerity,” he says.