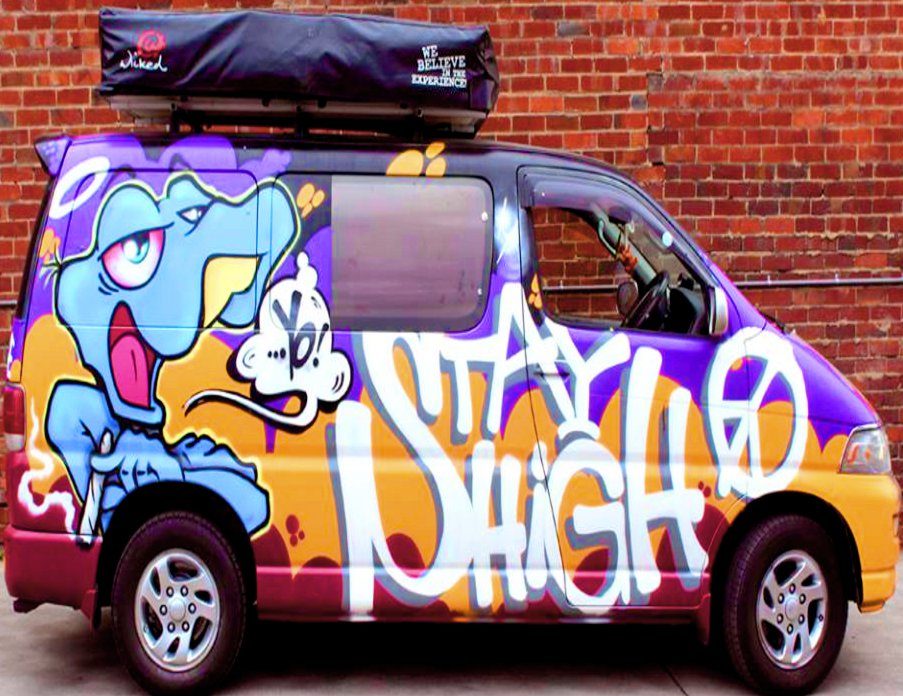 Camper van hire company Wicked Campers has bowed to public pressure to change its controversial advertising, with the company issuing a personal apology to the Sydney woman who started an online petition against the company’s use of offensive slogans.

Chief executive John Webb said in an email statement to Paula Orbea on Wednesday that his company would clean up its act and commit to “changing slogans of an insensitive nature” over the next six months.

Webb said Wicked Campers will start by removing the slogan, which prompted Orbea to launch the petition last week. At the time of publication, the petition has attracted more than 127,000 signatures.

“As is often quoted: ‘A sense of humour is a sense of proportion’,” said Webb. “And in this instance, we admit that we have taken things out of proportion and out of the realms of what is considered to be ‘socially acceptable’.”

“We are a small company, with eclectic, creative and multi-cultural staff. It is impossible for us to conceive that a throw-away message written on a van could have such far-reaching implications for the community at large,” he said.

The mea culpa from Wicked Campers came on the same day that the Senate unanimously passed a motion by the Greens Party condemning the company’s “sexist, misogynistic and racist slogans”, which have become a regular feature of complaints to the Advertising Standards Board.

“The Senate is sending a strong message that promoting violence against women is completely unacceptable in Australian society,” said Greens spokesperson for women Larissa Waters in a statement.

“I wholeheartedly congratulate and thank Paula Orbea, who started the petition after her 11-year-old daughter read the slogan which incited sexual violence against women and girls,” said Waters.

“Paula has shown that by calling out sexism and misogyny, we can put a stop to it, and change the culture that normalises and condones it.”

Orbea told SmartCompany she has received news that Wicked Campers has already “made a list of some vans that will definitely be resprayed”.

“I hope people give Wicked Campers the chance to do the things they have committed to make,” she says.

Michelle Gamble from Marketing Angels told SmartCompany Wicked Campers did not have any other choice but to apologise.

“When you have 120,000 signing a petition and the issue is discussed in parliament, they had no choice,” says Gamble. “It was a runaway train for them and deservedly so.”

But Gamble says the apology is “too little, too late” for the brand, which has suffered substantial damage. “It will be really hard to come back from this.”

While Gamble says Wicked Campers’ vans still offer “a very cheap way of getting around Australia”, she believes the company has “probably left the door wide open for a competitor that can demonstrate better value and corporate social responsibility to replicate their model and build a customer base quickly”.

“Hopefully it sends a big message to other companies that use misogynistic advertising,” says Gamble. “It’s going to come back to bite you.”