Womenomics: Why businesses need to rethink the way they market to women 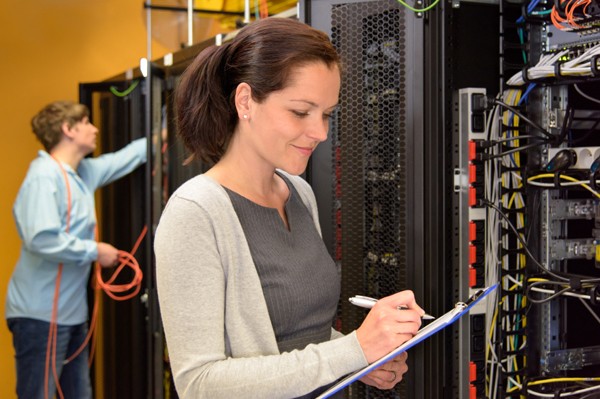 This century, the economic clout of women is going to change the way businesses and brands operate.

Read more: Businesses missing out on sales by using outdated stereotypes of motherhood

One word you’ll hear more often is ‘Womenomics’, which describes the shifting approach to the value of women not just in the workforce but also in the massive shift in financial power.

Women’s total aggregated rate of pay is expected to overtake men’s just over a decade from now in 2020.

To put that in perspective, in the Western world women have moved through the economic stages from survival, to independence and most are now at the stage of influence.

According to a global study by Boston Consulting Group in 2009, of the then US$35 trillion global consumer economy, women were responsible for spending US$28 trillion. That figure culminates in an opportunity for businesses that is larger than China and India’s gross domestic profits combined.

This seismic shift of purchasing decisions can be witnessed in category after category. Coupled with the fact that the average woman in a family has around 17 minutes “me time” in her day, the amount of “home admin” she’s belting out each week explains her buying power.

She is often making the decisions about more than 90% of purchases for food, over-the-counter pharmaceuticals, nursery goods, homes, holidays, and home furnishings. She is responsible for choosing over 80% of healthcare, new cars and banking accounts, and over 60% of computers, IT and white goods.

An opportunity for businesses

Brands that ignore women’s needs, or fail to connect with them from a communications perspective, are running a great risk of extinction.

In 2009, the Boston Consulting Group’s global study of 12,000 women from 40 countries found plenty of dissatisfaction in areas that women are spending their dollars in. So if you’re a business owner dealing in any way in the following categories, you might want to rethink how your brand is connecting to female audiences. The top 10 areas of dissatisfaction included healthcare and services, financial services, automotive, clothing & apparel, cosmetics, and domestic cleaning.

Sadly, big businesses combined with decades of male-dominated marketing have culminated in the place brands find themselves in today – playing catch-up or totally reinventing themselves for today’s consumer. A look into the sexist ads from the 1950s, 60s and 70s will show you just how brands have previously missed the mail that women are buying. Worse still, a look into the advertising landscape will show you how it happened.

The hangover from decades gone by has been especially hard to cure, given the advertising industry itself is so male-dominated that only 3% of women earning the title of creative director. This means the guys who are writing the communications we see have to be incredibly in touch with women to think and feel to understand their audience’s perspectives.

It should then come as no surprise that advertising strategy was largely built post-World War 2 and employs the language of warfare with expressions such as “battle for minds”, “bull’s-eye targets” and “launching campaigns”.

But there are micro-actions that show change is afoot. Last year Pirelli broke with over 25 years of tradition and published its calendar with a new found celebration of women. Engaging the great Annie Leibowitz to lend her female lens to the project, she photographed 12 influential and renowned women. Not chosen for their credentials with their clothes off, these women were selected for their brains and cleverness. This signaled a massive step change for a brand that has often relied on gender stereotypes of sexy women and successful, self-entitled men. The net effect is Pirelli has demonstrated it gets women’s psyches at many levels. The abolition of the “nudie calendar in the tyre shop” instantly creates a statement for women when they’re sourcing the wheels for their new cars. Pirelli has come of age and are now reminded of the modern woman every day of the year.

There is a lot to shake off and much to learn for business. Those brands that catch up to the new consumer-centric model and understand she’s probably a woman will thrive. They will enjoy a first-mover advantage and they will be rewarded with loyalty and love in the form of repeat purchases.

Those brands that keep doing business the old way, ignoring that women are the market, will find their success at the behest of the female dollar.

A true female-centric approach is about authentically behaving well toward the women in your business as well as the women who are your consumers. It’s about rethinking how time-poor women can benefit from your business catering further to their needs. It’s also about seeing your brand through a new lens and asking what could you do better for the female economy?

The tipping point is here for women so it’s time to tip a lot of your energy in their direction.

Bec Brideson has more than 20 years experience as a creative director and is the owner of Venus Comms, an agency dedicated to marketing to women.