Woolworths is Australia’s most valuable brand, Lego is more powerful than Apple: Survey 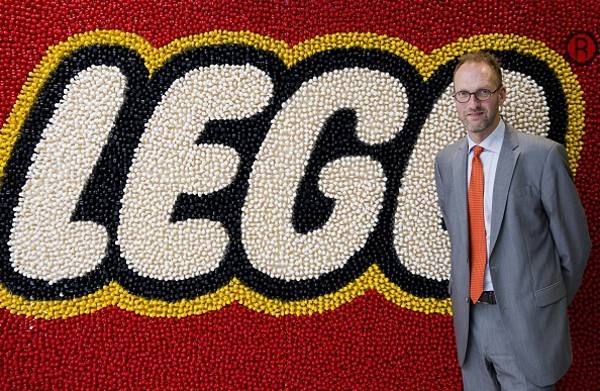 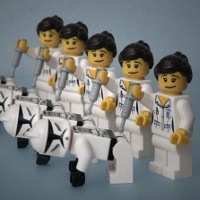 Chief executive officer of Lego, Joergen Vig Knudstorp, in front of a wall of Lego

The technology and telecommunications sectors dominate the world’s most valuable brands for 2015, with retailers and banks the most valuable in Australia, according to the Brand Finance Global 500 list for 2015.

As with last year, the US dominates the list of most valuable brands, with Apple once again claiming top spot from rivals Samsung, Google and Microsoft.

The report shows Apple’s brand value grew by 23% year-on-year and is now worth $128.3 billion, pulling away from South Korean conglomerate Samsung, which was worth a comparatively paltry $81.7 billion.

Seven Australian brands had a value in the top 500 along with BHP Billiton, which the report counted as a UK domiciled company.

The four big Australian banks all feature in the list, as does Australia’s other supermarket giant Coles, with an estimated value of $5.828 billion.

Along with the list of most valuable brands, Brand Finance also publishes a list of the world’s 12 “strongest” brands based on the Brand Finance Brand Strength Index (BSI). This second measure takes into account factors such familiarity, loyalty, promotion, marketing investment, staff satisfaction and corporate reputation.

Controversially, despite Apple being the world’s most valuable brand by quite a significant margin and significant brand recognition, it did not receive a AAA+ ranking.

Brand Finance said Lego’s “appeal spans generations; as well as the creative freedom it gives children, the brand appeals to the nostalgia of adults” as key reasons for the iconic toy maker’s high ranking.

“However, this year’s particularly strong performance is thanks to the Lego Movie. The film was both a critical and commercial success (it was the top grossing film of 2014 in the UK and Ireland), providing not just immediate revenue but also an unrivalled marketing tool. Amateur versions of the film’s stop-motion technique have proliferated online to the extent that Lego could be described as an artistic medium in its own right,” Brand Finance said.

Brand expert Michel Hogan told SmartCompany while these lists are an interesting curiosity, it is important for small business owners to focus on the key elements that make their brand valuable.

“Here’s the thing with these surveys – the algorithms they use to work them out is opaque. They tend to only look at publicly listed companies,” Hogan says.

“If you look at the top 20, there’s no surprise that car companies, fast food and tech dominate the list. It’s because they’re the companies that spend the most on marketing.”

Hogan says the real story in any survey such as this is in how you build a brand.

“A brand is not just built by size, and it’s not just about awareness. A brand is made up of a complex array of factors such as, internally, how staff feel about the brand, its products, its service, and how well those products make its customers of the things the brand values,” she says.

“So with a name like Apple, what it stands for is a very complex inter-relationship between its experience and design, and its relentless focus on those things is what makes its brand valuable.”

“If it stopped focusing on designs and making its products work seamlessly, you would find Apple’s brand value would dissipate very quickly.”

The world’s 10 most valuable brands: