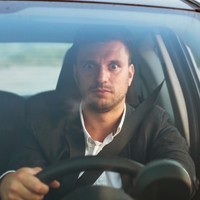 Youi Car Insurance has pulled a television ad that featured a driver taking her eyes off the road to laugh with passengers after the Advertising Standards Board upheld a complaint from a concerned viewer.

The ad is one in a series of television ads by Youi Car Insurance that feature three cars where the drivers and passengers are all singing jovially.

A male passenger in the backseat of the car is seen taking photos and videos on his mobile phone, which draws the attention of the driver. The driver then turns around to look at the passengers in the back of the car.

A complaint to the advertising watchdog said in a real life situation, a driver taking their eyes off the road “could result in the car veering onto the wrong side of the road and having a head on collision”.

“In real life it could also result in the vehicle crashing into a light pole or tree. It only takes a second or two for this to happen,” the complainant said.

“(It is) totally irresponsible for an insurance company depicting this type of behaviour.

“Rest assured if in real life and a serious accident occurred, and it was proved to be driver negligence, I’m sure the said insurance company would not honour a claim.”

The complainant also highlighted the use of mobile phones in the car, saying it suggested it is okay to use mobiles while driving.

“This type of behaviour causes death every day on the roads.”

In its response to the complaint, Youi said it complies with the Australian Association of National Advertisers (AANA) Code of Ethics and did not consider the ad to promote irresponsible driving “in any way”.

“The intention of the TVC is to create a memorable connection between the song, the people enjoying themselves in their own unique manner, the competitive insurance premium, and the Youi brand itself,” the advertiser said.

“Youi takes road safety extremely seriously and has taken utmost care to depict safe driving within the TVC. The driving behaviour depicted is not reckless, irresponsible or careless in any way.”

In response to specific claims about female driver being distracted by the back seat passengers, Youi said the driver is shown to be “in complete control” of the car.

“The female Mazda CX5 driver with three young males in the vehicle specifically quickly looks to the passengers in the back and then looks back to the road, which is in keeping with responsible and safe driving actions, ensuring she is aware of her surroundings at all times,” Youi said.

“She does not touch or look directly at the mobile phone during the TVC.”

But in its ruling upholding the complaint, the Ad Standards Board cited previous complaints about other ads involving drivers taking their eyes off the road and found the Youi commercial had breached the part of the advertising industry code that relates to prevailing community standards on health and safety.

“The board considered that the depiction of a driver turning to look at a mobile phone is not a good example to set and in the board’s view the advertisement does depict, encourage and condone an unsafe driving practice that is against prevailing community standards,” the board said.

The Ad Standards Board said the issue of driver distraction is of “serious community concern” and the subject of various government and road safety group campaigns that focus on getting drivers to stop using mobiles while driving.

Youi Car Insurance responded by saying while it did not agree that the ad encouraged unsafe driving behaviour it would remove the ad.

“We unequivocally accept the board’s decision and have therefore elected to discontinue the TVC immediately,” Youi said.

“It really is something Youi needs to potentially consider,” he says.

“Here’s an opportunity for people like Youi to take the higher ground and show the community it stands for something, to say we’re an insurance company which looks after you.”

Wilkie says a recent Peugeot ad in Europe promoting not texting while driving is an example of a company in the car industry understanding its corporate social responsibility.

“If it is guided by values which say we are protecting the driver, then if it consistently demonstrates that behaviour over time, consumers will develop a liking and an appreciation of those values,” he says.

Wilkie says it’s likely Youi was trying to reposition itself from being perceived as a car insurer that could save consumers money and trying to build a more emotional connection with the audience.

“The execution has probably let them down in this case,” he says.

SmartCompany contacted Youi Car Insurance but did not receive a response prior to publication.