How we analysed competitors to design our product 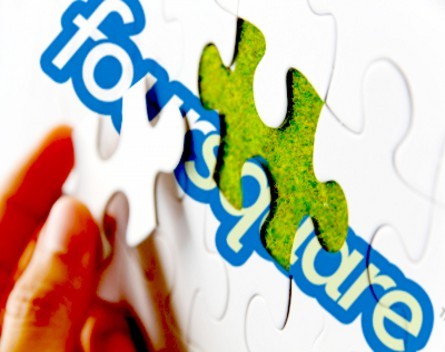 Last week I experienced my first taste of controversy in this arena. I contrasted Posse to Foursquare in an interview with Fast Company, who ran it as a feature with the headline ‘What Foursquare would look like if it had been founded by a woman’.

The article sparked a barrage of comments and tweets arguing why Foursquare is or isn’t a good product for women and how Posse shapes up. It’s the first time we’ve been so publicly compared to a competitor; the experience was both flattering and scary – a tiny Australian start-up set against a US industry heavyweight.

Posse is not a revolutionary idea; many competitors are trying to solve the same problem as we are. And being first in line to seek a solution to a problem isn’t always best.

I found this recent Techcrunch article interesting: it points out that almost all of the nine tech companies that have exited for more than $1 billion in the past four years haven’t created a new product category. Rather, they have developed in areas where the existing solution isn’t up to snuff. Facebook provided a better experience than MySpace or Friendster, and Zappos just sold shoes in a better way with better service. We designed Posse because we felt the existing solutions weren’t working for us.

Now that we’ve officially launched in the US, it’s natural that we’ll be compared to competitors. In my blog today, I wanted to reflect on the process we used to design our product and how we took inspiration and ideas from others, like Foursquare and Yelp.

1. Define the problem and the audience

We set up an initial 10 focus groups to test our theory and asked questions like, ‘Describe the last time you were in a new place looking for a restaurant or hairdresser. What did you do first?’

The most common answers followed a pattern of, ‘tried to contact a friend who knows the area,’ then, ‘couldn’t get hold of them so ran a Google search or checked Yelp’. We also asked group participants to recommend places to each other on the spot, so we could understand exactly why they enjoyed sharing recommendations.

Not everyone had a problem with this. Some were happy to use Google or Yelp to find places. The people who were dissatisfied tended to be like us: slightly fussier urban types who wanted to visit the best bars, restaurants, fitness centres, hairdressers and so on. They needed recommendations from friends and almost panicked at the thought of going somewhere cold.

We continued the interview cycle until we identified four audience definers: gender, age, behaviors, and ‘preferences’. By this I mean, what they sought in recommendations from friends and why they enjoyed giving recommendations to friends.

Three of the four audience segments turned out to be female, so while we didn’t design Posse just for females, we expected that the majority of users would be women. This may appear cold and calculating: breaking down users into audience segments, then designing features and artwork to appeal to those users. It certainly helped us understand who would want to use our product and why they’d use it instead of the competition.

2. Who has previously tried to solve the problem? Why did they succeed or fail?

For this exercise, we mapped out every platform, past or present that had tried to solve social search. Yelp and Trip Advisor obtained lots of reviews and great data but failed to get a high enough proportion of their users writing reviews to show what your friends think of places.

Both sites seemed littered with irate customers writing negative reviews. These upset the merchants, and many users we interviewed were skeptical about who was writing the reviews. Apps like Stamped and Fondu emerged to solve the social recommendation problem, but appeared to fail because not enough people were making recommendations to sustain long-term engagement.

The only platform we could find that had managed to crack the problem of persuading lots of socially connected people to give it content was Foursquare. To understand how, we interviewed 100 Foursquare users.

We invited friends who used the platform and put up posters around our office building offering to pay anyone who used Foursquare $50 for an interview. I wanted to know what was so compelling about checking in on Foursquare.

We found that the overwhelming number of people who responded to our ads were male (+80%) and I was amazed when they described how they used the product. One guy told us about how he drove out of his way home every day to check-in at a supermarket where he was the Mayor. Others said they would check-in to places that they didn’t even visit as they walked past. They were addicted and didn’t understand why.

As I struggled to make sense of check-in addiction, I couldn’t help but notice the parallel between what these guys described and the behaviour of my small male chihuahua ‘Steve’ who dragged me to random posts, marking that he’d been there more than other dogs.

Many women using Foursquare wanted to secure recommendations from friends for the best bars and cafes but found it frustrating that the most popular places around them were subway stations, people’s offices or alleyways. They also didn’t like ‘checking in’, broadcasting where they were, and were irked by random guys asking to be friends with them.

I’m not saying that Foursquare, Yelp, Trip Advisor and many other local discovery platforms aren’t great products that are loved by lots of users. Foursquare in particular was revolutionary in the way they use game mechanics and design to make participation in their platform fun: Posse and many others since have taken inspiration from these ideas to develop other products.

I’m just saying, this is a process we went through: analysing the competition to design what will hopefully be a better product for a certain part of the market that doesn’t seem to be well served by the existing players.