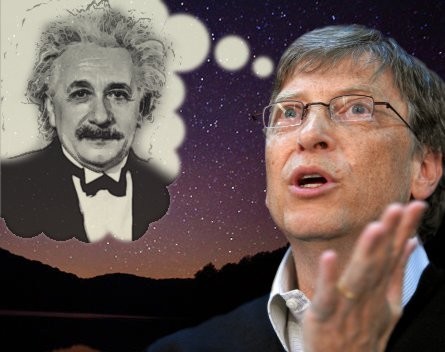 It was my birthday last week, and at this time of year I always reflect on where I’ve reached in life in comparison with where I think I should be.

I’m ambitious, and like most ambitious people I’m competitive. By nature, being competitive means that I instinctively compare myself to other people who are more accomplished than I am.

It’s an instinct that can be positive because it creates drive and focus, but in high doses can be destructive and sap my energy.

We talk about the emotional roller coaster of starting a company; jealousy is one emotion that’s affected us all. If you want a high dose of it, try going to the annual MaiTai conference in Maui that I wrote about last month.

Everyone is amazingly successful, smart, young and athletic. It’s full of gorgeous twenty-something year-olds who’ve built multi-million dollar companies, often after winning an international sporting title. It was tough not to compare myself and decide I was lacking – something.

So much did this smack me in the face that I confided my feelings to a few of the other MaiTai attendees. To my surprise and relief, they all said they were struggling with the same thing.

One highly successful entrepreneur said he thought something was wrong with him because, unlike his friends, he’d never started a company that had IPO’d.

A woman who could probably be a supermodel if she wasn’t a successful entrepreneur said she felt intimidated by how athletic everyone was, and didn’t want to wear her bikini at the beach.

This got me thinking: Are ambition and the instinctive need to compare oneself with others inextricably linked? Does every ambitious person constantly reach for a more accomplished person for comparison? What about someone like Bill Gates: does he go to sleep at night thinking about how Darwin and Einstein contributed more to humanity than he has?

Speaking for myself, I know I’m wired to be ambitious and competitive. I don’t remember choosing to be this way and I don’t think it’s optional.

I can’t choose to be different, and have accepted that this inclination comes with positives and negatives. Sure, it drives me, but sometimes it robs me of energy and thinking time that I need for other things.

How can I make the most of my competitive nature and be happy and peaceful at the same time?

This conundrum has been running through my mind over the past few weeks and I could find very little to read online about this challenge.

I’m no psychologist, but here are a few of my early thoughts:

1. Recognise your feelings, that’s all they are

For me, jealousy feels like a fire in my head that’s a combination of anger and fear.

The natural and easy way to contain the fire is to mentally bring down the person you’re jealous of. ‘Oh well, she doesn’t have this or that.’ It’s a natural defensive mechanism and it doesn’t solve the problem.

The first step in channelling jealousy into a positive is to be conscious you’re comparing yourself with someone else and step beyond instinctive reactions.

2. Be grateful you’re wired to be competitive

Sometimes, I want to beat myself up about how stupid I am for feeling inadequate. But this doesn’t solve the problem either. After all, it can be good to be competitive.

The need to compete is a big part of what drives humanity forward – to do things better, faster and more efficiently. If you’re competitive, there’s a good chance you’ll contribute to that movement in some way.

3. Know who you are and what’s important

The success of someone else’s business usually has no impact on your life or achievements. Some time ago, I wrote a list of goals that were important to me, who I wanted to be and what I wanted to achieve.

When I start to feel jealous of what someone else has done, I always go back to that list and remind myself what I should be focusing on.

Recognise that even though these points are obvious and make sense intellectually, they’re hard to internalise and stop feelings of inadequacy and jealousy.

People I know who have succeeded in this, say it took them a long time and a lot of work to develop that muscle.

Entrepreneurs are ambitious, competitive people; this permeates every aspect of our lives. At the gym this morning when I was thinking through what I would write in this blog, I found my eyes wandering, checking out the success of other people on the treadmills next to me.

Without noticing, I had made mental notes of the speeds, inclines and duration of everyone else’s workouts and compared my fitness level to theirs. I didn’t even know these people and yet it mattered to me that I was fitter than they were!

Perhaps this is natural, and is part of what drives us to be better, stronger and faster.

When I look around at my friends at MaiTai and the broader tech community – particularly in San Francisco – it’s clear that a lot of success is luck.

Some people took early jobs at Facebook and are now worth hundreds of millions. Others, equally brilliant, worked just as hard at other companies or started their own, but didn’t hit as big.

I do think it’s important to be grateful for what you have and proud of your achievements.

When I have to list my achievements on a bio I sound quite impressive, and for all I know other people are intimidated by me! I know how many of my achievements have resulted from the good luck of being in the right place or meeting the right person at the right time.

And after all, many people aren’t as lucky as any of us.