The pressure cooker effect: How we achieve amazing things under pressure 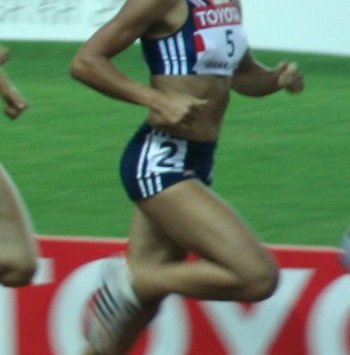 Like many Australians, I’ve stayed up late watching the Olympic Games. For me, the most memorable moment so far came when Jessica Ennis won the heptathlon for Great Britain with a stunning run in the 800 metres race. She has been Britain’s poster child for these Olympic Games and, like Cathy Freeman in 2000, she was under huge pressure to win gold.

Right from the start she edged out front and the home crowd roared with excitement. But by the second lap it was clear she’d overstretched too early and had been passed by two other athletes.

With Jessica in third place, the crowd fell silent. She entered the last hundred metres exhausted yet went for it.

With what looked like an empty tank, she flew past the other athletes to claim gold, and collapsed over the finish line in tears. The crowd went crazy.

This instance of endurance under pressure got me thinking about what circumstances often exist for great achievement. What are my biggest achievements? What did the lead-up to those wins feel like?

Watching the Games, and imagining how it must feel to be an athlete with the hopes of a nation on your shoulders, reminded me that I too perform at my best under pressure. More pressure yields a better outcome.

I’m sure that’s why, every four years at the Olympics, world records continue to be broken. There’s virtually no limit to what can be achieved under pressure.

My first encounter with real pressure came in 1998 when I decided to organise a concert to raise awareness of New Zealand’s youth suicide epidemic. I was 20 years old and thought this would be a challenging, fun project for the university holiday.

I’d never organised anything beyond a high school ball and had no idea how to raise sponsorship money, enlist bands or put together a major event. So the first thing I did was to go out and tell everyone that this was happening. That raised the stakes; failure would be public.

I picked a date and a venue and started work. A friend who worked in student radio gave me Neil Finn’s home phone number. I called him up and asked him to play. Back then, I knew very little about music, and had no idea how huge a coup I’d scored when he said yes!

I approached another 14 acts and all the local youth support organisations to participate, then called the radio and press and announced the event. I was interviewed on the major news stations and there was a huge national buzz.

I had no idea how to pay for anything, as I’d announced that entry would cost 50c. I reckoned that would be a fun amount to charge. Now I had eight weeks to raise $100,000. Pressured? This was my first experience of real stress!

I worked from 6am till midnight every day on the phones, making presentations, and writing grant and commercial proposals. I obtained a meeting with the mayor of Wellington May and he liked the concert idea and offered to donate $2,000. I told him, ‘Thanks, but $10,000 would be much more help’. And he said, ‘Yes!’

The Levi’s Life Festival went ahead on Good Friday in 1998, attracting 15,000 young people; it still rates as one of the largest music events in the town’s history. The whole thing was broadcast live on free-to-air TV and drew public and political attention to New Zealand’s youth suicide rate.