This is still really hard 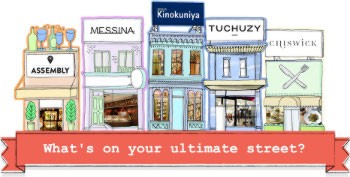 God grant me the serenity

to accept the things I cannot change;

courage to change the things I can;

and wisdom to know the difference.’

– The Serenity Prayer by Reinhold Niebuhr

A few weeks ago I wrote about my pain and frustration surrounding the launch of our platform. It’s now been eight weeks and things haven’t become any easier but I’m starting to learn how to manage the process with some kind of order.

I’m still waking up at 4am every single day with a million things flooding through my head. We user test the site at least once usually twice or three times per week in various ways, and we carefully monitor analytics showing how people use the site.

There are always a hundred things that need to be changed: new features that we think will improve engagement and retention, and then there’s the half-built core product!

Our team work hard but there are only so many hours in the day. You see, my head is not a fun place at four in the morning. It’s been very stressful. Too stressful. Yet, I’m starting to find order through chaos. This blog is about our new challenges and the techniques I’m developing that help me make steady progress.

Our development of Posse is based on the feedback loop theory championed by The Lean Startup and featured in many books on management theory.

Naturally, the team want to be proud of the product they’re releasing, so too much time goes on designing for perfection. But it’s impossible to predict how many times you’ll need to build something before its good enough to move onto something else. No-one likes building the same thing over and over again and everyone gets disheartened when improvements don’t work!

An example of this for us is the method of on-boarding new users. We originally designed the site so new users landed on their town first then Elvis (our guide dog) conducted them to their own street page where they could start adding places.

Above: A Street in Posse

Our objective was that, through being able to find favourite places of their friends and wider social connections, users would understand what Posse is about, and would add places to their own street. They’d be inclined to come back and use the service, sharing it with friends because they understood its purpose and had an emotional connection to their own street.

This, after all, represented their taste and knowledge of good places from around the world.

The site analytics from the first four weeks showed that 15% of users couldn’t work out how to get to their street to add places, and if they did, another 15% didn’t then go on to add a place. A huge percentage of users never discovered that they could use search, the key utility of the site, and our returning user numbers weren’t great.

All this showed that people didn’t understand the site’s usefulness. So we designed improvements.

We added three informative splash screens between sign-up and the first page so users would understand what the site was about, and we switched around the user flow order so new users landed on their street first where they’d be prompted to add a favourite place.

These all seemed like good improvements – our designer Nathan and engineer Aaron spent a week designing and implementing the new process.

What happened? 15% of new users gave up during the first three splash screens and of the 85% who made it through, only 60% of them added a place!

We used www.usertesting.com to figure out what was going on and when we saw the videos of new users trying to work out the process it was obvious we’d made huge mistakes. And so we designed it again and a new process will launch this week. If that fails we’ll keep designing again and again until we get the completion and retention numbers we expect.

This is what’s going on with every aspect of the site and business. We’re building sales and marketing processes as we’re building the product, so we’ve got real customers to try things out with.

Imagine being our designer, Nathan, who laboured over the splash pages for days only to see users not understand it and it need complete redesign again and then again at the same time as you’ve got a million other things that need design.

Imagine being Aaron, our engineer, who spent a week implementing the new call outs to have to redo them the next week and then again the week after.

Or Clarissa, who runs marketing and has promotions lined up. They can’t start until the on-boarding process is fixed.

Or me, the entrepreneur, who gets asked for user numbers and metrics from investors every day. It’s hard going!