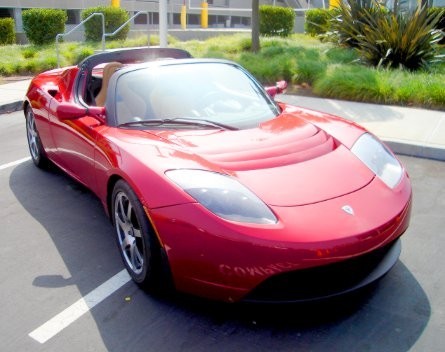 I’ve been thinking about the automotive industry over the last 12 months and I’m convinced it’s an antiquated industry.

Being in the tech business, I am fortunate enough to make it my job to learn as much as I can about the future of software, technology and the connected world.

Every day, I see software entrepreneurs and inventors progress in leaps and bounds; however, when I get into my car I feel like I’ve gone back in time. My car is not an old car.

I bought it in 2008 and I have all the gizmos such as bluetooth, reverse sensors, GPS, hands-free, voice-activated dialling and so forth. However, I still feel that my car is antiquated compared to my computer or iPad.

Given the advancements in the world of software and “the internet of things”, I am blown away that only one car manufacturer has been able to use software to make the automotive experience significantly better. That company, of course, is Tesla Motors.

What Tesla has done is nothing short of astonishing:

2. They have built an ‘operating system’ that is used to control every facet of their vehicles from a touch screen.

3. They are rolling out charging stations across the US and Canada creating a huge barrier to entry

Every few years an incredible company is born that ends up changing our world.

Microsoft and Netscape did this in the mid-90s. Google did it in early 2000. Amazon did it to books and retail, and later AWS. RIM followed shortly after, and then Apple came along and blew RIM out of the water.

Tesla is one of these transformative companies.

Not only are their cars electric, they are also controlled entirely by an API. The 17-inch touch screen in the dashboard sends API commands to a computer within the vehicle that triggers events to ‘do stuff’.

Unlike my car where I flick a mechanical switch and push a button to turn on the air-conditioner, the Tesla has a touch screen.

For example, if you want to open the sunroof, you ‘drag’ the sunroof open on the touch screen and the roof begins to open above your head.

The electric engine is cool, but so is the thinking that has gone into reinventing the car.

If I was the chief executive of Mercedes-Benz (or Ford, or any other automotive company) I’d spend $50 million on an ‘acqui-hire’ tomorrow to snap up a hot shot software team in Silicon Valley capable of creating an operating system which could be used to control their vehicles.

Within the next five years, every car should have a ‘Tesla” style 17-inch internet connected touch screen embedded in their dashboards. We should be able to download apps to install them in our cars, and all components should be controlled via an API. This will sell more cars than larger engines.

Tesla is currently installing charging stations across America and Canada to enable customers to ‘super charge’ or ‘quick charge’ their cars on busy routes across these countries.

Tesla charging stations could well become the new ‘petrol station’ and once enough of these exist, it becomes very difficult for other car manufacturers to roll out their own versions of these proprietary charging systems.

As Tesla’s technology improves and prices drop (which they will), consumers that want to save on gasoline (who doesn’t?) may be forced to buy Tesla cars as Tesla would have the most mature charging network of any car manufacturer.

I can envisage a world where we are all eventually driving Tesla cars because it’s the only electric car manufacturer that has a pervasive network recharge stations. The result is a Tesla ‘eco-system’ which I’m confident has the potential to do what Apple did to mobile phones, to cars.

The innovation that has come out of Tesla could only have been executed by a Silicon Valley entrepreneur.

An Israeli company named Better Place tried to invent the electric car. They did this in conjunction with Nissan; however; after billions of dollars of investment the venture has yet to amount to anything of significance.

I’m not 100% sure why it has not worked out, but I suspect one of their problems would have to do with their decision to partner with an existing automotive manufacturer.

In order to innovate on the combustion engine you need original thinking.

The engine was invented over 100 years ago and radical change requires someone who is able to challenge the status quo.

Unfortunately, Nissan was an incumbent trying to be something they are not. We’ve all seen this one before, in that Sony did not have the foresight to create the iPod, and if they did, their brand did not have the cult status of Apple.

It took someone from outside the world of music, movies and cellular phones, to change the industry and Elon Musk is the guy that is doing this in automotive.

What Elon Musk is doing to the car is what Steve Jobs did to the phone. Jobs used ‘software’ to reinvent the phone. He built an operating system for the device (iOS), added some sensors, and then opened up its capabilities via a set of APIs.

Tesla’s software-led initiatives could well be the revolution the automotive industry has been waiting for.