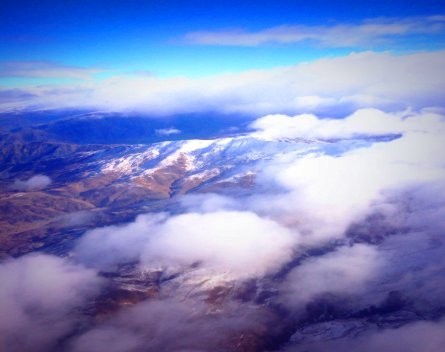 I admit I’m biased. I grew up in New Zealand and I love the place.

The landscape is stunning, streets are safe, people are friendly and life is easy. But lately I’ve come to love New Zealand for a different reason: Posse is taking off there.

It’s our strongest market by far outside of Australia and New York (where we’ve made lots of effort) and it’s grown naturally without any initial focus from us. I’ve spent the past week back home promoting Posse and setting up partnerships.

I haven’t lived in New Zealand since I was at university but growing up there, I remember we always seemed to get new technology early. When we travelled to Australia on a family holiday, I couldn’t believe they didn’t yet have eftpos!

Because of its small market size, isolation, population density and demographic similarity to America and Europe, innovators often use New Zealand as a test market.

Looking back, I wish I’d trialled Posse in New Zealand first. I’d have used the lessons we learned to improve our product and strategy before launching in Australia or the US. Now we have momentum there, I’m going to ensure we work steadily at developing the market.

Other than it being an awesome place to hang out, here are five other reasons why start-ups should consider market testing in New Zealand:

New Zealanders like to be market leaders and try new things. I think it’s inherent in the Kiwi attitude to be enthusiastic about new products.

There’s a culture of inventing and of applauding innovators.  We receive more feedback from New Zealand users than any others. They often write in to say what a ‘neat idea’ Posse is, and how they’ll help spread the word in their area.

Stores are excited when we call to tell them a customer has recommended them on our app and want to find out more.  If you tell people you’re launching in New Zealand before anywhere else in the world, I imagine you’d get a tonne of local support.

The media in New Zealand is centred in Auckland. There are a handful of TV news shows that matter, and radio mainly broadcasts from Auckland to the rest of the country. There are quite a few large local papers and lots of great business and entrepreneur focused websites and magazines.

In Australia, we paid to hire a PR company but in New Zealand, we did it ourselves. A friend at The Icehouse helped introduce me to a few folks, and we just approached the others cold.

Everyone was welcoming. Within a few days we’d set up interviews on one of the highest rated evening news TV shows, almost every major newspaper, the top talk radio station and several magazines. The response was amazing: Everyone was genuinely interested in the idea and our story; all ran positive articles.

For some reason, when things catch on in New Zealand, they catch on big time. New Zealand is regularly the biggest per capita market for odd music artists (Robbie Williams went more than 30-times platinum in NZ!) and they all like to use the same technology.

Local eBay copy Trade Me grew to become a billion dollar company even though it only operated in NZ because virtually the entire country was addicted to it!

The demographics are similar to Australia, the US and UK.  Culturally I’d say New Zealand is halfway between the UK and Australia but with an awesome Pacific vibe thrown in. It’s likely that whatever problem your business is aiming to solve, it will exist in New Zealand too. They consume the same media and use the same apps.  If your product works in New Zealand then it’s likely it’ll work in bigger markets.

When you’re starting out you’ve a host of problems to solve: Getting the team right, improving the product, and staying solvent are just a few. All round, New Zealand is an easier test market. There’s less competition and everything is cheaper – even Facebook app advertising is significantly less expensive in New Zealand than Australia.

5. It’s isolated and you can make mistakes

If you do a major TV interview and your site crashes (like ours did) you can learn what went wrong and improve it for less forgiving markets.  No one is going to write your product off in New Zealand, even if it is buggy at first.

In the US and even Australia, the media can be quick to judge new products and it’s hard to get people to take a second look. In NZ, you can develop a product under the radar of media scrutiny and launch something slicker in the bigger markets when you’re ready.

The start-up scene in New Zealand is thriving.  Wellington-based cloud accounting company Xero was recently valued at $2 billion and there’s a long list of others making global waves from the bottom of the world.  The universities are world class so the technical talent pool is strong.

There’s also a vibrant investor community. Wealthy folks like Peter Thiel and others from Silicon Valley have second homes in New Zealand for the lifestyle or the lack of a capital gains tax – or both.

New Zealand is perhaps the perfect place for start-ups to test a market.  I’m certainly going to make sure I try my next idea out there first.