Why cloud computing needs the Steve Jobs factor more than ever 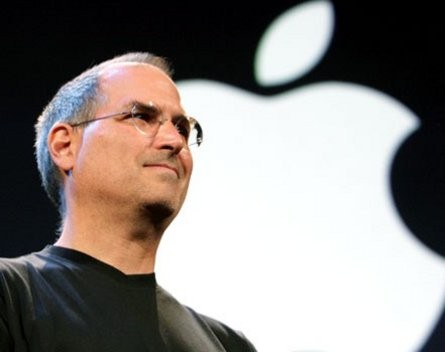 In my most recent article for Bluewire Media, I argued Steve Jobs was possibly the greatest pull marketer of our time and his influence on cloud computing.

It’s funny to me how a lot of the things we use today were conceptualised from the mind of one man. From touch-screen smart phones with beautiful interfaces, to desktop computers with numerous fonts – Jobs’ influence on the idea of the cloud is no different.

The only difference is that I believe if Steve Jobs was still around today to advocate the cloud we would be further along with cloud infrastructure than where we are currently. Why? Jobs commercialised these “crazy” ideas. He validated them by making them not just ideas, but reality. He made them cool.

I’m a huge advocate of Steve Jobs and the fact that we can still learn a lot from what he did to move our world in the right direction – continually challenging the status quo. For me, personally, that direction is quite simply “the cloud”.

How did Steve Jobs promote the cloud? Well, at first glance, his product, MobileMe, was a complete failure. However, its predecessor, iCloud, is what actually grabbed commercial attention and left behind one the most amazing legacies the world has ever seen: iCloud is Steve Jobs’ present to us.

Jobs unveiled iCloud at the July 2011 Worldwide Developers Conference. He did it in a presentation that almost took your breath away, as most of his presentations did. In an amazing turn of events, Jobs said, “We’re going to demote the PC and the Mac to just be a device. We’re going to move your hub, the centre of your digital life, into the cloud.”

The iCloud software would act as a storage solution for your media as well as a bridge that connects all your devices for purchased media and personal photos and videos. He demoted some of his best products, some of his lifeblood, for a better user experience for Apple customers.

Sounds pretty appealing, right? Well it sounded even sweeter coming out of his mouth. Apple had built a multimillion dollar data facility in North Carolina, and made the service free (it still is). It was convenient and Apple-like in that it was challenging the status quo. The most amazing thing about all of this, in my opinion, is that Jobs spoke about this about 15 years earlier at an Apple Conference and declared it his vision for the future. He knew what we wanted and needed, long before we did.

So Steve Jobs took his vision and made it reality, as usual – how do we get everyone else onto the cloud? How do we get businesses to embrace best practice like Steve Jobs encouraged millions to embrace modern technology? We do what he did. We educate these people. We have to be passionate about the cloud and the benefits it can bring. Forget examples; forget what the industry is doing. Steve Jobs said consumers don’t know what they want until you give it to them.

Commercially, we really haven’t sold the cloud like Jobs did socially. This is a horrible thought. I personally am running a safer and more integrated infrastructure for my personal music, photos and videos than some of the largest companies in the world are doing with their databases, documents and valuable information. As horrible as it is to think about, it’s actually quite funny.

I generally always finish my blogs with some inspirational comment about how you can change the world and how good the cloud is. Instead, today, I wanted to finish on a different note.

On the way to work this morning I listened to a video that was so horrible that I had to turn it off. I won’t say who was speaking – all I will say is that it was called, “Steve Jobs was an asshole.” My comment in relation to this pathetic attempt at grabbing attention is this – you have no idea what you are talking about.

While I do agree that Steve Jobs had a unique way of operating, just because he wasn’t “philanthropic” in the common use of the word – he saved the movie and music industries single-handedly. He also gave us a brighter future with the cloud on his death bed. He lived to make this world a better place. His money and Apple’s profits all went into bettering this world. Tell me how that is not a good thing and I bet you are probably just as good at sales as Jobs was himself.