Should your business take a stand on high-profile social issues? 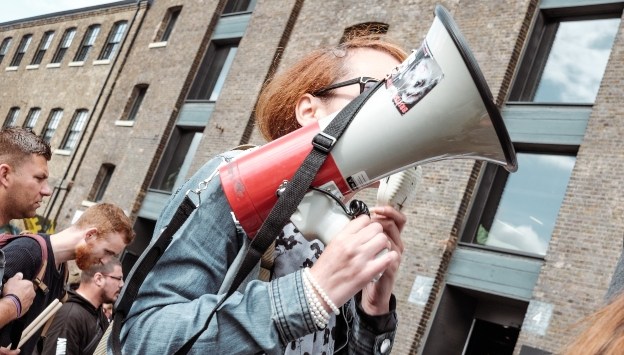 The likely overthrow of Roe v Wade to limit access to abortion in the United States has highlighted whether and when business corporations should take a stand on controversial social issues. Denim company Levi Strauss was one of the first major companies to weigh in on this debate, defining it as “a critical business issue”.

The company said efforts to further restrict or criminalise access to the full range of reproductive health care, including abortion, “would have far-reaching consequences for the American workforce, the US economy and our nation’s pursuit of gender and racial equity”.

Stressing the business impact, its statement said research showed legal access to abortion leads to higher educational attainment, labour force participation and earnings, and that women who don’t have access to abortion are more likely to leave the workforce.

Levi Strauss has a record supporting controversial issues, including gun violence, yet such corporate advocacy is not without risk.

Why social activism can sometimes benefit a brand’s apolitical rivals

For example, a YouGov study in the US showed that, while more than half of millennials supported brands taking a stance on social issues, 59% of adults said they would boycott a brand if they disagreed with its public position on a particular issue.

So how to navigate through this sometimes no-win morass of uncertainty, contradiction and risk?

A company with a consumer brand, such as food or clothing or cosmetics, is more likely to have impact than one with no public profile, for example, producing generic raw materials for other manufacturers. And a trucking company, which uses large amounts of non-renewable fuel, is more likely to have credibility advocating about climate change than campaigning on domestic violence.

Assess your position very carefully. It’s not just a matter of “address the issues our stakeholders care about”. Is this aligned with your core values and management commitment? Think no further than John Gibson, CEO of American videogame maker Tripwire, who praised the Supreme Court late last year for upholding abortion restrictions in Texas. With a key business partner cutting ties, Gibson was forced to resign. Management said: “His comments disregarded the values of our whole team, our partners and much of our broader community.” Ouch!

Saying nothing can speak volumes

Meantime, saying nothing, or very little, can in fact be saying something. Consider when Disney, the largest private employer in Florida, made a non-committal response to the State Governor’s “Don’t say Gay” bill designed to limit gender discussion in schools. Following a walkout by LGBTQI employees, Disney CEO Bob Chapek firmly denounced the plan and told staff: “You needed me to be a stronger ally in the fight for equal rights and I let you down. I am sorry.”

Can we make a difference? Do we want to stand out from the pack? How many issues should we champion? Do we risk appearing opportunistic or unauthentic? Be selective and choose with care.

Most importantly, public words need to be supported by real actions. Levi Strauss didn’t just talk about Roe v Wade but joined other companies providing travel and expense benefits for employees seeking an abortion. Similarly, in the face of anti-vaccine activism, Australian employers such as Amazon and Woolworths paid employees to get vaccinated or provided pop-up clinics on site.

Finally, recognise this challenge isn’t going away anytime soon. In fact, a report by USC Annenberg found 90% of communicators expect increased commitment to social change and 55% expect an increase in purpose-driven campaigns. The question is: are you prepared?

Tony Jaques is an expert on issue and crisis management and risk communication. He is CEO of Melbourne-based consultancy Issue Outcomes and his latest book is Crisis Counsel: Navigating Legal and Communication Conflict.

Speak up or shut up: What to consider when your business is put under a media spotlight

When you’re in the public spotlight over a high-profile issue, it’s a common misapprehension that an organisation must speak to the media — and right away.

How the Russia boycott has changed corporate issue activism forever

The lightning pace of businesses boycotting Russia over the invasion of Ukraine means corporate activism on social and political issues will never be the same.