While Australia tends to be a laggard in company value creation compared to the US, Germany and even Israel, the last decade has seen the creation of three Australian giants.

If Atlassian was listed in Australia (rather than on the NASDAQ), it would be our seventh largest public company by market value.

To be clear, we’re talking valuations, not profit or even revenue. And we’re in the midst of a fairly gigantic bubble, led by the US global tech behemoths, so there’s every chance Atlassian and Afterpay’s valuations may not be sustainable (the founders of these businesses seem to agree, with all shrewdly selling plenty of stock in the past year).

For example, Atlassian generated US$80 million (AU$105 million) in operating cash flow for the September quarter, but it still lost US$24 million (AU$31 million) before tax benefits. Even if we (generously) assume cashflow as a proxy for profit, it would still be trading on a price earnings multiple of around 165 times.

Afterpay too continues to record losses as it grows internationally.

For the December half last year, Afterpay grew in revenue from $220 million to $417 million, but saw losses widen from $29 million to $77 million. Afterpay trades on a revenue multiple of 42 times. You only hear people talking about revenue models for early-stage businesses or during a gigantic asset bubble.

Canva, which last week announced that it was now worth a staggering $19 billion, isn’t publicly listed, so the limited information we know about its performance comes from selected data the company chooses to release.

Even though Canva’s valuation is growing the quickest, it seems by far the best value of Australia’s three technology champions.

For the 2020 financial year, Canva generated revenue of around US$500 million (AU$656 million). The company predicts that revenue will double in 2021 to $1 billion (and we’re only six weeks away from the end of this financial year, so it’s likely to be pretty accurate).

That makes Canva about the same size as Afterpay. But unlike Afterpay, Canva is profitable.

Canva is also operating in a less comparative sector than Afterpay from a gross margin perspective, and like Atlassian, earns most of its revenue from subscription (rather than transaction) fees. 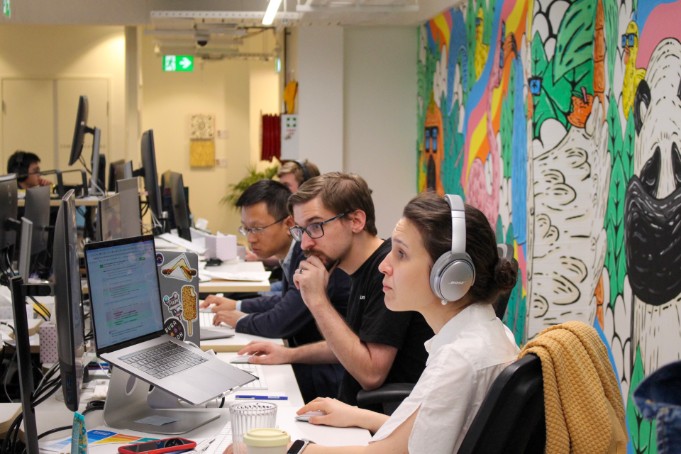 Canva is a software business that creates products to allow customers to design stuff — it’s a bit like a beginner version of Photoshop (so it has a massive addressable market).

The business has 55 million total users, but only 3 million of those users currently pay anything, meaning Canva has barely scratched the surface of its massive potential customer base.

The modern-day godfather of venture capital in Australia (and co-founder of Blackbird and Startmate), Niki Scevak, noted, “Canva is currently adding an ecosystem per year in value and will inevitably become the highest valued company to come from Australia”.

Bearing in mind, Scevak is great friends (and previously co-founded a business) with Mike Canon-Brookes, who happens to be the founder and co-chief executive of the current titleholder, Atlassian.

Canva currently gets around $300 in average revenue per user (ARPU) annually, a figure that will increase as Canva adds more to its product suite.

Given Canva’s far more accessible price point, 50 million paying subscribers within the next five years is highly achievable. At an improved ARPU of $500, that means Canva could be generating, gasp, $25 billion in revenue if the chief executives execute right.

So while $19 billion may sound expensive, it’s possible that Canva could be worth $250 billion in just a few years.

Not bad for a company that started in 2012 as a school yearbook tool, never left its Sydney base and is competing in a pure global market against the best of Silicon Valley.

Plus exclusiveBehind the curtain: Airtasker founder Tim Fung on what it’s really like to take your company public

SmartCompany Plus caught up with Fung after Airtasker's IPO to discuss the steep learning curve that came along with the public listing.

Fresh from her company recently claiming the title of Australia’s latest unicorn, Canva co-founder Melanie Perkins has taken some time to...