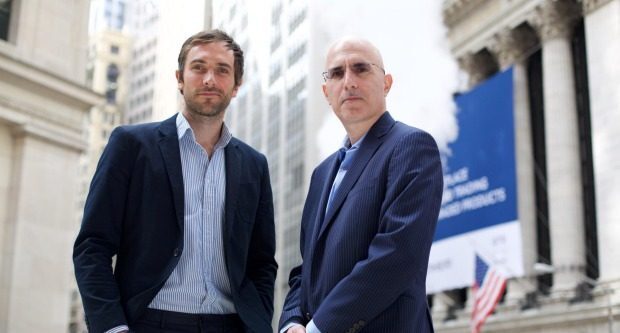 The Federal Court last week gave a stinging rebuke to the ‘Fake it Til You Make It’ school of doing business, when it found former GetSwift chairman Bane Hunter, CEO (and former footballer and AFR Young Rich Lister) Joel McDonald, and ex-director Brett Eagle guilty of multiple breaches of the Corporations Act.

For those of you wondering what GetSwift is, that is understandable. The tiny tech business had a brief moment of glory, way back in 2017, when it was valued on the ASX at an absurd $800 million, despite generating revenue that year of only $290,301. Your correspondent wrote about the sordid tale here — and you certainly didn’t need to be Charlie Munger to realise this was only ever going to end one way.

As I noted at the time:

“What really set GetSwift’s share price alight was the announcement late last year (naturally, without any detail) of it signing a Master Services Agreement with Amazon. Whether GetSwift ever gets a cent of revenue from Amazon remains highly doubtful. This is reminiscent of 1999, where companies announcing partnerships (while reporting no revenue) received huge valuations, only to implode months later when it was realised they had no actual way of making money and lots of expenses.”

GetSwift had a tech product that purported to help giants like Amazon and Fantastic Furniture with last mile delivery — I say purported because GetSwift didn’t actually have many of the contracts it claimed to have (which was why ASIC took action and Justice Michael Lee found against Hunter, McDonald and Eagle). The Amazon announcement alone (which enraged the Seattle giant) caused GetSwift’s shares to jump 84% the very next day. Industry insiders claimed the company’s product was average — it existed in some form, but was far from cutting edge tech. Not entirely surprisingly given the business was founded by a couple of blokes whose prior work experience consisted of copywriting and kicking a footy.

GetSwift were able to raise a remarkable $75 million (as well as another $24 million months earlier) from gullible (and to a large extent, foolish) investors, on the basis of these now proven false claims.

It should be said, many startup founders exaggerate the capabilities and success of their products, and corporate regulators only get involved when the actions are especially egregious. In GetSwift’s case, the issue was the sheer egregiousness of Hunter and McDonald’s ASX announcements. It’s one thing for a young startup raising $2 million from venture capitalists to make grandiose promises; it’s another thing entirely for a company to use the ASX as a bulletin board for fraudulent PR releases in order to extract $75 million from mum and dad investors.

In a final insult to Australia, Hunter and McDonald fled (in business terms) to Canada, listing GetSwift on the NEO Exchange (no, I hadn’t heard of it either and no, you probably shouldn’t invest in companies on the NEO. Note: not investment advice). That was convenient as it is a virtual certainty that McDonald and Hunter will be banned from being directors in Australia for a few footy seasons. In announcing the move, Hunter claimed, “listing our stock on NEO is an important milestone for GetSwift…along with increasing our visibility in the marketplace, moving onto a senior stock exchange should improve the liquidity of our stock, further broaden our institutional shareholder base, and ultimately enhance long-term shareholder value”.

Hunter, however, appears somewhat unfamiliar with the concept of creating shareholder value. GetSwift, you’d recall, raised $100 million in 2017 over two rounds — it is currently valued at C$21 million ($22.85 million) after dropping around 75% this year. That is only 20% of the cash it raised in 2017 (and less than McDonald’s 2017 Rich List entry). This thing isn’t a company, it’s an incinerator.

Bubbles, like cesspools, tend to be fertile breeding for vermin. The current market is likely to prove no exception. Having a business that fails is not a crime; literally, the business judgment rule provides just that. Being enthusiastic or overly optimistic is almost expected from founders. However, lying to investors about contracts and products that don’t exist is a bridge too far, as the Federal Court made very clear last week.

Adam Schwab is a founder, angel investor, former corporate lawyer and the author of Pigs at the Trough: Lessons from Australia’s Decade of Corporate Greed. He is also the host of the From Zero Podcast.

PayPal versus Atlassian: Could our Australian team become the most influential group of investors?

The founding partners of PayPal have almost recreated the internet through their involvement of Tesla, LinkedIn and YouTube. Will Atlassian's founders leave the same mark?

How GetSwift got here: A timeline of the tech startup’s troubles

By Dominic Powell and Emma Koehn. Published at 9.45AM. Tech startup GetSwift’s shares remain suspended by the Australian Securities Exchange...

It was flawed even before it was known as GetSwift. Plenty of red flags as LiquorRun. Seems also their assumption for improved liquidity on NEO was as inflated as the claims that got them in trouble in the first place. At circa CAD$1,500 worth of stock traded per day, GetSwift trades by appointment.

1-Page fell into this wishful category about the same time.

The great survivor however, remains Audio Pixels. An enigma with a $560m market cap, zero sales, no commercial product even after 15 years! A great case study

Sadly, I’m one of the foolish ‘investors’. I might receive a few dollars from the class action that has now been settled (with no admission of liability by GSW) but nowhere near what I want. Sigh!!!

A detail you missed is that they used much of that capital raised to buy a handful of companies – initially, two companies in the US that are sort of related (DeliverBizPro and Scheduling+) and, later and more bizarrely, a Serbian IT services company. So to the extent that they have any revenue now, it’s because they splashed out great amounts of money to buy it. The fact that this triggered performance rights now just seems like a joke, as Joel and Bane (with his remarkable “Derek Zoolander meets Dr Evil” stare) are hardly going to make a killing on having lots of Getswift shares.

The original product was always obviously just a thin layer of webshit taped over Google Maps. They never had enough developers – the feedback from the trials (in the massive transcript of the decision) is blisteringly bad.

It will be interesting to see what happens now. They’re still burning money, despite buying revenue, and there are both civil suit settlements against them plus costs and damages from ASIC.