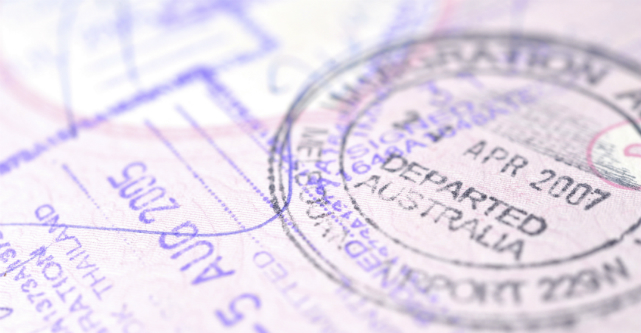 The federal government’s announcement this week that those with student and working holiday visas will be allowed back into Australia is welcome news, but many Aussie businesses that specialise in teaching English to overseas students have been left out in the cold.

In the past two years, 90% of these businesses have been forced to close, hibernate or downsize dramatically, and the international language school sector suffered $1.2 billion in direct losses (tuition fees and living costs) from COVID-19 in 2020.

So when I first heard the news that Australia would be welcoming back fully vaccinated student and working holiday visa holders, I was excited and I thought it would be a game changer. But when you drill down into the detail of Monday’s announcement, it really is much ado about nothing.

“The industry is on its knees”: Hairdressers call to be added to priority migration list

Already, feedback from overseas student agencies following the announcement has been less than positive.

These overseas feeder agencies — which connect Australian language schools with international students — are still very concerned about sending students here because of differences in international entry eligibility in the various states and territories, particularly Queensland and Western Australia.

In our view, until the country’s domestic border wars are sorted, international students will continue to choose to undertake their English language studies in the US, Canada and the UK, leaving Australian businesses that specialise in teaching language floundering.

Monday’s announcement is yet another example of our lame duck Prime Minister being held to ransom by the all-powerful premiers.

How is it possible that Victoria and NSW will be open to Japanese and Korean students and tourists in a week’s time, and Queensland will not? From an international student perspective, there’s still a lot of uncertainty in messaging coming from Australia compared with other countries offering similar English language tuition.

Our competitor countries are making it a lot simpler and easier for students to go and study there. Until we sort out our internal differences, businesses in Australia offering English language training just can’t compete.

Two steps behind our competitors

Pre-COVID, Australia had a 15% global market share of the 1.3 million people who travelled to an English-speaking country specifically to study English, according to a recent report by peak body English Australia. Since the pandemic hit and international students were forced to return to their home countries, many have chosen to resume their studies elsewhere given Australia’s hard lockout.

Our major competitors have always been countries like the US, Canada and England. All of those places opened back up to those wishing to come and study English a long time ago. It’s no wonder we, and other businesses like ours, have lost a lot of students. We’re now two steps behind our competitors in the rest of the world, and this announcement does little to turn this around.

Before the pandemic hit, there were some 350 English language schools operating in Australia. One large international chain has now closed Australian operations altogether. No school has been left unaffected, and my business, Sun Pacific College, is no different.

And the flow on effect to universities is costing the sector billions. $1.5 billion will be lost as a result of English-language students not progressing into other parts of the education system, like vocational and higher education

In a speech last month, federal Minister for Education and Youth Alan Tudge acknowledged the English language sector had been much harder hit than universities, and yet, businesses in this sector are still floundering.

Minister Tudge said: “It has been tough across the board, but particularly for those providers who offer shorter courses such as English language providers…. Consequently, you have had student enrollments decline by 70% since this time in 2019 (our last full year), whereas for the public universities as a whole, the decline has been 17%.”

Without a strong network of English language schools, Australia’s long term viability as a flourishing hub for international education is at risk.

Most people don’t realise that before many international students start at an Australian university they enrol in an English language school like Sun Pacific College. So it’s often schools like ours that draw international students to Australia in the first place. But with overseas feeder agencies prioritising other countries over Australia, things are dire indeed.

I want to call on state and federal governments to provide certainty for English language schools by ending domestic border differences and disputes.

Scott Morrison has provided a glimmer of hope for our sector, but the fight is still well and truly on to get this industry properly back in business.

We need to be able to tell prospective students around the world that no matter which state or territory you choose to come to, Australia is properly back in business and we’re a great place to come and learn English.

Accessing funds from Austrade’s Export Market Development Grants would greatly help do that. In the short term, more travel bubbles, such as the one just announced with Singapore, with key markets like Japan, Taiwan and South Korea, would save us.

If Australia wants a vibrant international student population, across all educational institutions, and a diverse range of innovative Australian businesses to provide this education, then we need more certainty and more leadership to enable the sector to get back on its feet.

Morrison says businesses should make their own vaccine mandate decisions, undermining state orders and creating yet more confusion for SMEs.