Nine female entrepreneurs to watch in 2016 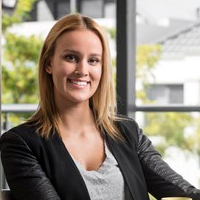 According to startup advisor and investor Nicole Williamson, 2016 is set to be the year of female entrepreneurs in Australia.

On the back of increased focus from federal and state governments and the emergence of many worthy role models, action is finally being taken to address the gender gap in the Australian tech and startup community.

According to the Startup Muster report, only 24% of Australian startups are founded by women, a figure that is increasing, but slowly.

But this year will see many female founders take centre stage, Williamson says.

“2016 will be our year – women as founders, women as investors and women taking on senior roles in Turnbull’s innovation leadership team,” she says.

The $1 billion innovation statement set aside $13 million to encourage more women to “embark on, and remain in, STEM-related careers”, with one initiative involving celebrating role models.

With a little help from Williamson, we picked out some Australian female entrepreneurs that would be good candidates and are set for big things in 2016.

This year will see the young founder of a fashion startup appearing on China’s answer to Shark Tank where she’ll be in the running for $2.5 million in funding. That prize would likely help with Wilson’s plans to expand further into Asia, which already accounts for more than 20% of the startup’s customers. Stashd has been growing quickly and Wilson plans to hit 1 million items up for sale on the platform by April.

Emma Lo Russo has managed to build two businesses from the ground up, study and raise three children through a routine that involves a 4am alarm. This year will see her focus on the data monitoring company which is set for big things, most notably large expansions in the US and through Asia.

Not satisfied with a career as a commercial litigation lawyer in Perth, Trlin made the big leap into the startup world, founding Buzzy Tasks and relocating to Sydney. With the sharing economy gaining an increased amount of exposure through the bigger startups, and people placing more trust in the concept, Trlin’s startup is well placed to capitalise.

Last year saw Jo Burston tell the stories of 27 GenY female entrepreneurs in her second book and feature as an Oceania ambassador for the international UN Women’s Entrepreneur Day. Things seem to be getting only more exciting this year for Burston, who has some lofty goals for Rare Birds, which is already used in 83 countries around the world.

A member of the much-famed Silicon Valley ‘mafia’, Cardew has flagged her intentions to re-establish a presence in Australia this year. She relocated Pixc to San Francisco in 2014, but with promising developments locally the startup will be setting up an office in Sydney by the middle of 2016.

Another member of the Silicon Valley mafia, Kendall is the sort of entrepreneur the Australian government is desperate to lure back home. One of the country’s best known founders, Kendall launched the marketplace for on-demand community managers in 2014 and is set for large growth this year. Her appearance on TWiST recently is also worth a listen.

The co-founder of the ‘coolest company for women’ according to JobAdvisor, Ta’eed devotes a large amount of time to promoting diversity in a practical manner, both internally and to other startups. Envato users have earned more than $300 million through the platform and the startup now employs 170 people in Melbourne. Ta’eed has said she accepts most speaking opportunities that are offered, so 2016 will likely see her leading the way with these issues as well as running a successful startup.

Another prominent public face in Australia, the founder of OneShift scored a $5 million investment in late 2013 and hasn’t looked back. This year will see George heavily involved with the startup community, leading Women in Tech Australia and mentoring for Springboard Enterprises, among many other commitments.

After taking out the government’s inaugural Policy Hack last year, Watson-Lynn has worked hard to ensure the idea comes to fruition. Aiming to foster entrepreneurial thinking and skills in young children, the startup’s first concept, a Lemonade Day, will be launching this year with the aim of reaching 180,000 students.